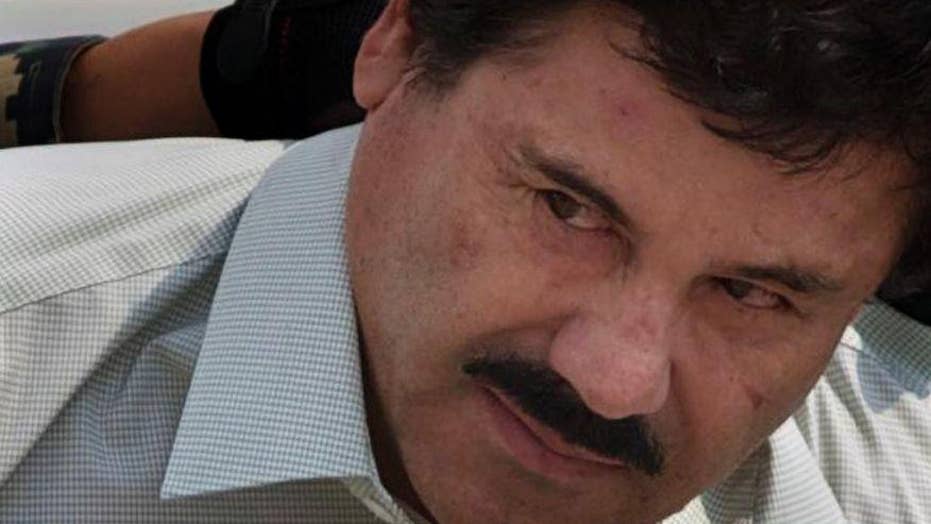 Mexico has sent one of the top alleged traffickers for the powerful Sinaloa drug cartel — a close associate to drug lord Joaquin “El Chapo” Guzman — to the U.S. to face charges.

Victor Manuel Felix-Felix appeared before a federal judge in San Diego on Tuesday, a day after he arrived in California.

Felix-Felix — also known as “El Senor,” is the father-in-law of one of Guzman’s sons and also the godfather to one of his children, according to The San Diego Union-Tribune. He was arrested in October in Mexico City.

He is accused of coordinating shipments of tons of cocaine and laundering millions of dollars for the cartel.

He is the lead defendant in the prosecution, according to The  Union-Tribune, which alleges an operation that spanned five countries: the U.S., Canada, Mexico, Ecuador and Columbia.

An indictment says the case involves an undercover U.S. Drug Enforcement Administration agent who infiltrated the cartel that moved tons of drugs to the U.S. and hundreds of millions of dollars in bulk currency.

Some of the money was deposited into a San Diego bank account held secretly by the DEA.

The U.S. had requested the extradition of Felix-Felix.