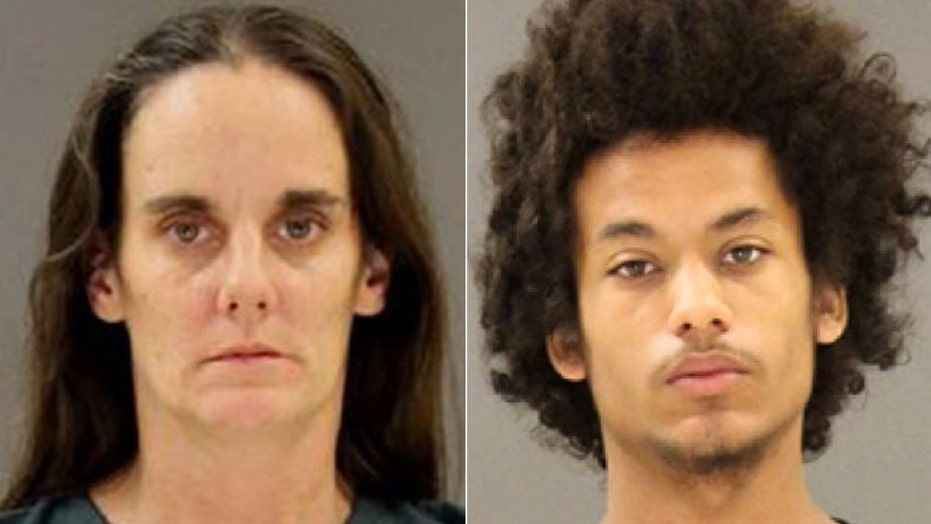 A Maryland woman, who was entangled in a love triangle with her husband, recruited her teenage daughter and her boyfriend to help kill him, police said Friday.

Anne Arundel County Police say Ann Anastasi, 42, and her husband Anthony J. Anastasi Jr., 40, had both been involved with Jacqueline Riggs. However, the couple’s 18-year marriage was on the rocks and “fraught with conflict and domestic abuse.” Ann Anastasi eventually fell out of the love triangle.

Anastasi and her daughter recruited Gabriel Struss, 18, to help with the killings, police said. The woman initially told police her husband committed suicide. The Washington Post reported, however, that inconsistencies in Anastasi’s story led them to believe that something more happened inside her home in Lothian, Md.

Anastasi, Strauss and Anastasi’s 13-year-old daughter were all charged in the murders. The mother and the boyfriend were charged with first-degree murder charges. The girl, one of five children, is charged as a juvenile.

“What we have is a fairly unique situation or fairly rare situation that a mother and two young people are involved in the killing of a spouse,” Anne Arundel County state’s attorney Wes Adams, said at a news conference.

Authorities learned about the deaths when Anastasi called police on Oct. 5 and said her husband had killed himself at their home, according to charging documents. Officers found him in the master bedroom with a gunshot wound to the upper body and was pronounced dead at the scene, police said.

Anastasi told police she slept elsewhere and when she returned to her husband to try and wake him up, she noticed the handgun next to him and called police. Officers found Riggs dead in the basement. An autopsy revealed that she had multiple cuts and stab wounds.

Forensic analysis of several pieces of evidence “did not coincide with what the crime scene depicted,” police said. For instance, investigators found a .45-caliber handgun next to the husband’s body, but a .38 shell casing nearby. Analysis of the bullet that killed the husband showed it was not fired from the handgun found next to him, and investigators also could not find a weapon that they believed could have been used to kill Riggs, the charging documents said. There was also no sign of an intruder.

Adams said that Anastasi was “instrumental” in covering up the crime and said it was bothersome that she would include her daughter and her boyfriend in the crime.

A review of phone records showed the wife, her daughter and Struss discussed the slayings over text message, according to charging documents. In one text, Struss told the girl that she shouldn't talk to police or he would go to jail for life. In another exchange, the teens discuss the girl taking the fall for Struss.

Anastasi’s father said his daughter and son-in-law had five children ranging in age from 8 to 17. He said the couple moved to Maryland from Michigan about two years ago, but that he wasn't in regular contact with them.

He said his daughter had been working as a personal assistant, and his son-in-law was driving a truck. He said it had been 10 to 15 years since he'd last seen his daughter.