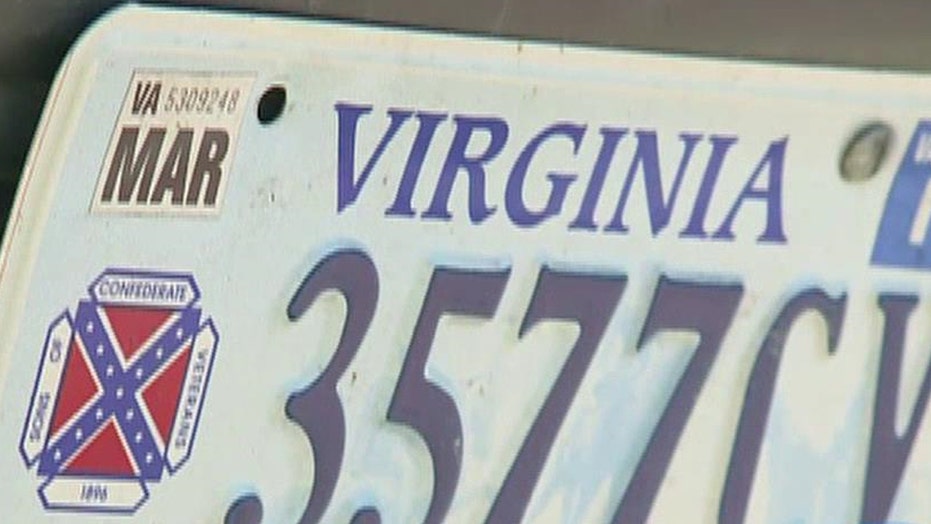 Maryland got the okay from a judge to recall Confederate flag special license plates, joining Virginia -- where a similar recall effort has encountered near universal defiance from owners of the tags to return them.

Both states acted to recall the plates after a self-proclaimed white supremacist killed nine black South Carolina churchgoers in June. The gunman had taken photos of himself with guns and the Confederate flag and posted them online before the shooting.

“I look forward to the day when these plates are no longer on the road,” Maryland Attorney General Brian Frost said in a statement. “This flag is a painful symbol that divides us, conjuring images of hate and subjugation. It has no place in any contemporary government use.”

A judge ruled in 1997 that Maryland’s Sons of Confederate Veterans license plates were protected free speech and enjoined the state from recalling them, Reuters reported.

But in June, the U.S. Supreme Court said Confederate flag license plates constituted government speech that could be subjected to regulation.

Virginia announced it would recall the plates in August and as of Oct. 4 it is illegal to drive with Confederate license plates. Violators face prosecution on a misdemeanor if stopped.

But the recall has encountered little cooperation, according to WAVY-TV.

Of 1,600 Sons of Confederate Veterans license plates on the road, only 187 have been returned, the station reported Thursday.

Kevin Collier told the station he is refusing to give up his plates. He is the commander of the Stonewall Camp of the Sons of Confederate Veterans and his great-great-great grandfather fought with the Confederacy.

“I can’t fight on the battlefield like they did, but I can fight however I can in modern times and I will not give them plates up,” he said.

The Virginia Department of Motor Vehicles asked the Sons of Confederate Veterans to help design a new plate but the organization did not respond.