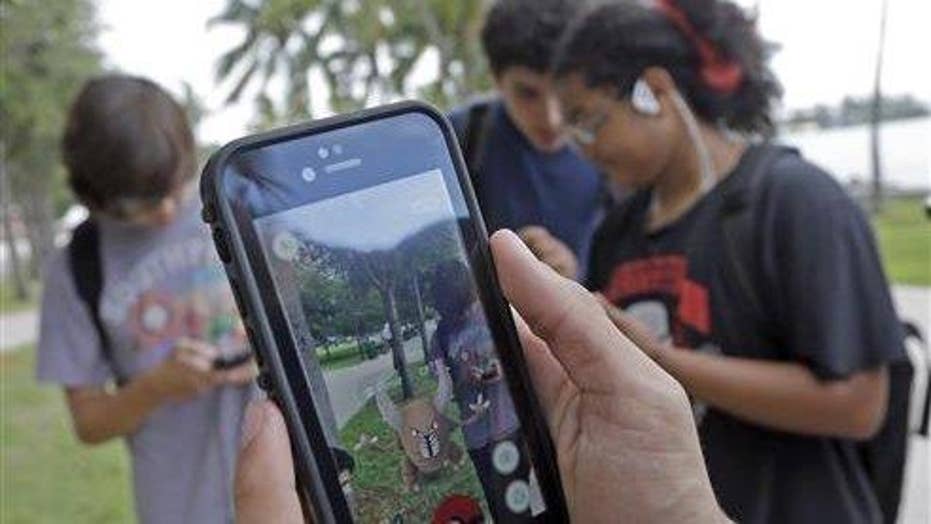 Pokemon Go 101: Why Millennials are addicted

The familiar Pokemon slogan “Gotta catch 'em all” gained new meaning for two Marine Corps veterans on Tuesday who caught more than they bargained for while playing the popular smartphone game, stumbling upon an attempted murder suspect and stopping the man from allegedly groping young children in a California park.

Javier Soch and Seth Ortega first saw the man, who has not been identified, when Soch’s smartphone screen froze. With the two men no longer glued to the Pokemon Go app, Soch and Ortega said they noticed a slightly disheveled man harassing a woman and her three sons in Fullerton.

“The game, when it loads up on the screen, says to be cautious of your surroundings,” Ortega told The Los Angeles Times. “Strongly follow that advice.”

The Marines approached the man, who said he was looking for shelter and cigarettes. He eventually walked away but Soch and Ortega soon saw him allegedly touching a young boy’s upper body. He then walked into a park and was seen groping a different boy’s leg, the men told The Times.

Ortega got between the man and the children and Soch corralled the families. When police arrived, it emerged that the man was wanted in Sonoma County on an attempted murder charge.

“If I hadn’t looked over to my left and seen this guy who looks out of place, I could have missed it,” Soch said. “The best thing I can say: Remind yourself that you are not in the phone playing the game. Look around and be more aware.”