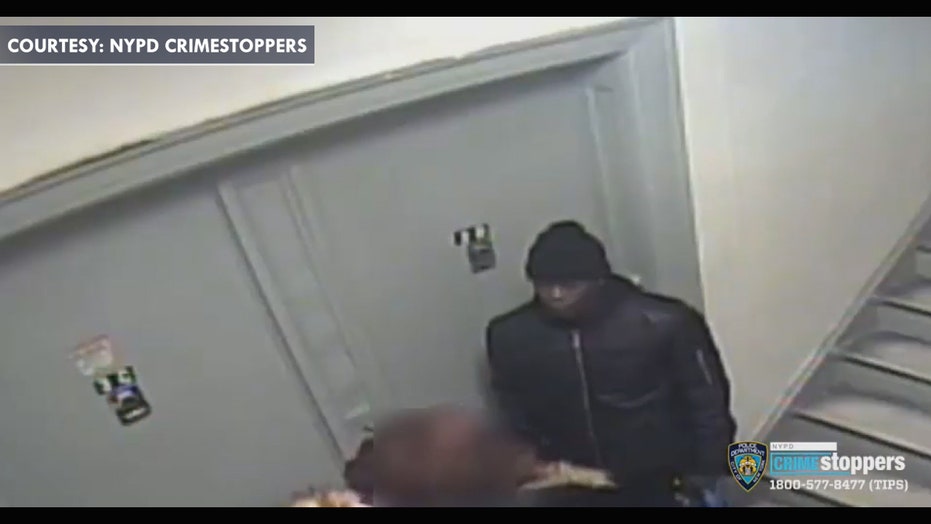 New York City Police are looking for the suspect who was seen in startling video repeatedly slashing a woman in the face, arms and hands using a boxcutter.

A man armed with a box-cutter slashed a New York City woman repeatedly in her face and body following an argument over the victim’s roommate, according to police and startling surveillance footage.

The suspect began arguing with the 48-year-old woman about her roommate around 9:10 p.m. Thursday inside an apartment building on East 180th Street in the Bronx, the New York Police Department (NYPD) said Sunday.

Shocking video from the encounter first shows the man kicking an apartment door several times. The footage then cuts to the victim speaking with the man before he appears to swipe her across the face. Footage later shows him approaching the woman with what appears to be the blade in his right hand.

The man can be seen lunging at his victim and striking her repeatedly.

Police said the woman suffered slash wounds to her face, arms and hands before her attacker fled. The victim was taken to a local hospital to have multiple wounds treated.

Authorities did not provide a description of the suspect, but asked that anyone with information regarding the attack call the NYPD's Crime Stoppers Hotline at 1-800-577-TIPS (8477).