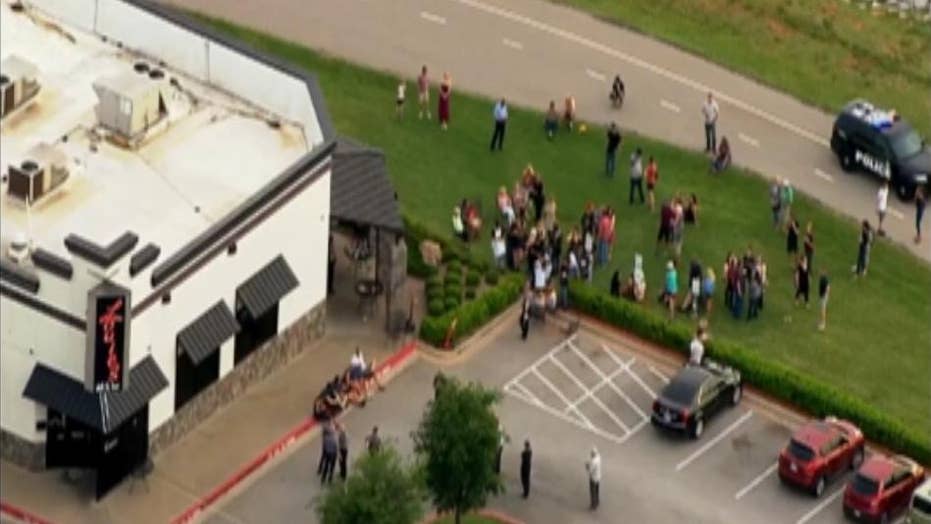 Authorities report that a shooting occurred at a popular restaurant on Lake Hefner in northwest Oklahoma City.

A man “opened fire” Thursday in an Oklahoma restaurant, leaving at least four people injured, before he was fatally shot by a bystander, police said.

The gunfire unfolded at about 6:30 p.m. local time at Louie's on the Lake in Oklahoma City, Fox 25 News reported.

The unidentified shooter entered the restaurant and fired his gun, Oklahoma City Police tweeted, who later added that four people had been injured.

The man, police said, "was apparently shot-to-death by an armed citizen" outside the restaurant and there was "no indication of terrorism."

The incident followed a shooting last month in Tennessee, during which a suspect opened fire at a Waffle House, killing four people. Investigators said a man inside the Waffle House confronted the gunman, ultimately disarming him. Police arrested the suspect next day.

In Thursday's shooting, officials said two people were hospitalized after getting shot and were expected to survive.

The suspect is the only confirmed fatality and a motive was not immediately clear, police said. Authorities did not reveal whether or not the gunman knew his victims.

A mother and daughter, reportedly described by police as "innocent customers," were shot while they were at the restaurant for a birthday, according to a KOCO reporter.

Oklahoma City Mayor David Holt tweeted that he is "in touch with the City Manager & the Police Chief" and "as OCPD has reported, the suspect is dead."

He said police were asking people to avoid the area of East Wharf so authorities could continue their investigation.