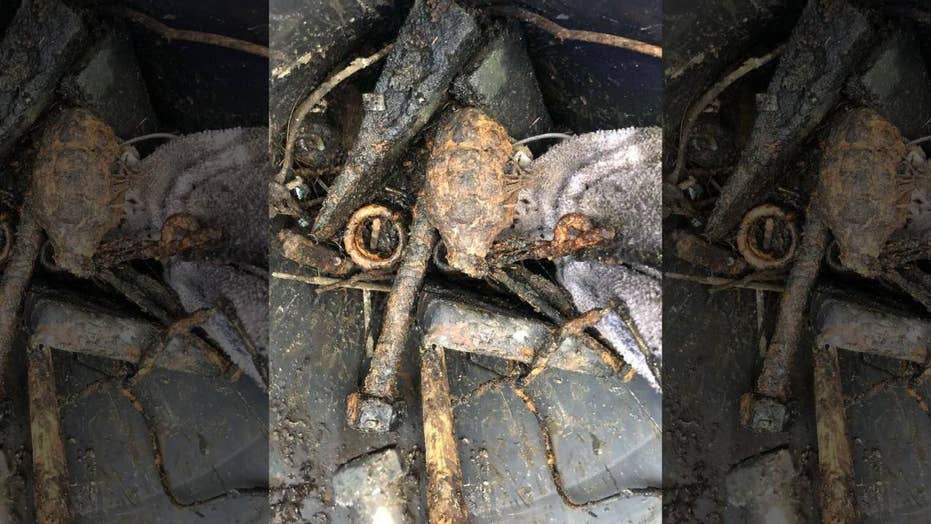 Authorities in Florida were notified about a hand grenade found by a man while he was magnet fishing, police said Saturday.

The unidentified individual found the item “while magnet fishing in Ocklawaha,” after which he "put it in his trunk, and drove to Taco Bell prior to calling 911,” the Ocala Police Department said on Twitter.

Magnet fishing, for the uninitiated, is defined by various enthusiast websites as using a strong magnet to retrieve ferrous metal objects hidden or lost underwater.

A bomb squad was called to the scene for the situation, and the Taco Bell was evacuated, police said.

The device was determined to be “an authentic WWII hand grenade” and the establishment was reopened, the department said in a followup tweet.

“The bomb squad removed the grenade without incident and advised it would be disposed of properly,” police said.