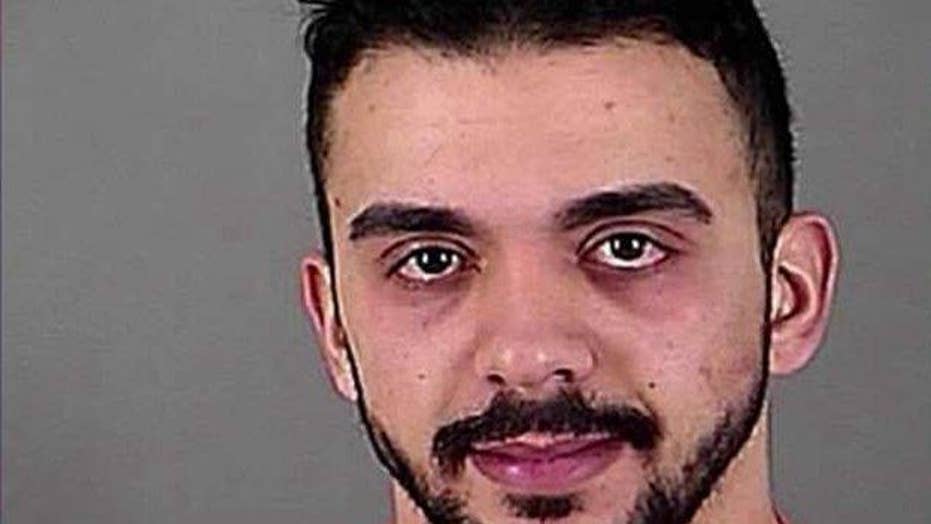 MILWAUKEE – A federal prosecutor handed over hundreds of hours of audio recordings Tuesday to an attorney defending a man accused of plotting to shoot up a Milwaukee Masonic temple in the name of Islam.

Assistant U.S. Attorney Paul Kanter said the recordings of Samy Mohamed Hamzeh speaking Arabic with government informants were made between October and January. He handed the stack of discs to defense attorney Craig Albee at the conclusion of an arraignment hearing during which Hamzeh pleaded not guilty.

Hamzeh, 23, has been charged with receiving and possessing improperly registered firearms. Authorities say he purchased two fully automatic weapons and a silencer from undercover federal agents on Jan. 25. He faces up to 30 years in prison if found guilty, Kanter said in court.

Hamzeh teared up before the hearing when he saw his mother walk in the courtroom crying. He was more composed when U.S. Marshals escorted him out of the courtroom after the hearing. His mother blew him a kiss as he passed. Both of his parents declined comment, but Khawla Hamzeh has told the Milwaukee Journal-Sentinel newspaper that she believes her son was set up.

Albee declined to argue for his client's release from jail, saying he needed an opportunity to review the evidence first. The public defender's office has said their strategy will likely focus on the accuracy of translated recordings, as well as what FBI informants were saying.

Judge David E. Jones said he would hear Albee's bail argument when it was ready.

Hamzeh, who was born in New Jersey, has been scheduled for his next hearing on March 29.

Authorities have said Hamzeh wanted to kill at least 30 people to spark more mass shootings across the U.S. and show that "nobody can play with Muslims." According to the criminal complaint filed last month, he targeted the Freemasons because "they are playing the world like a game." Masons are members of a fraternal organization that carries out a variety of activities including charity work.

In the years since the Sept. 11 terrorist attacks, the FBI has routinely relied on undercover operations similar to the one that led to Hamzeh's arrest.

The FBI sees sting operations as vital tools in preventing acts of terrorism and appropriate to use against those who have expressed an inclination toward violence. The targets come to the attention of authorities in various ways, sometimes through information from a confidential FBI informant or via online writings that promote jihad or profess allegiance to terrorist groups.

Defense attorneys frequently challenge the operations in court, contending that their clients were entrapped and suggesting that agents are taking advantage of a defendant's misguided thoughts or mental illness. They accuse investigators of effectively grooming clients into plotting acts of terror.

Some judges have criticized the FBI's tactics. In 2011, U.S. District Judge Colleen McMahon in New York said in sentencing one defendant to 25 years in prison that the government "created acts of terrorism" out of fantasies, bravado and bigotry.