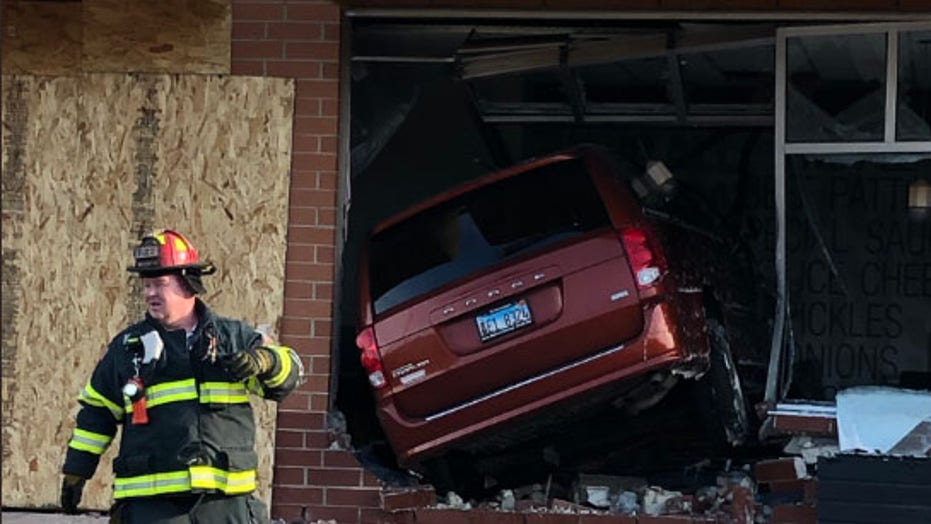 For the second time in less than a month, a vehicle crashed into a McDonald’s near Chicago.

Two people suffered minor injuries when a van crashed into a McDonald’s in Evanston, Ill. Two McDonald’s employees were also taken to the hospital to be checked out after they reported feeling “shaken up.”

The incident occurred around 6:50 a.m., The Chicago Sun-Times reports. Traffic on the street had to be shut down, but the road was reopened by 9 a.m. The woman driving the van was reportedly injured during the crash. Aside from her, at least one person who was in the lobby at the time reported minor injuries. Both are being treated at nearby hospitals.

A McDonald’s employee working in the kitchen at the time described hearing a “loud boom,” and then finding the van in the lobby when she ran out front to check. According to another worker, engineers are inspecting the site to determine when, or if, the restaurant can reopen.

The Evanston Fire Department tweeted out photos of the aftermath, with the caption “Avoid the area of Howard and Oakley due to a car in the building.” Firefighters spread foam around the building before removing the car since the gas tank had ruptured, causing gas to spill around the area, Evanston Now reports.

In a statement obtained by Fox News, the McDonald's owner/operator Nick Karavites said, "The safety and security of our customers and employees is our top priority. We are working with local authorities as they investigate this matter.”

Fox 32 in Chicago reports that another vehicle had crashed into the same McDonald’s a few weeks earlier. One of the building’s windows can be seen boarded up in several of the fire department’s photos.