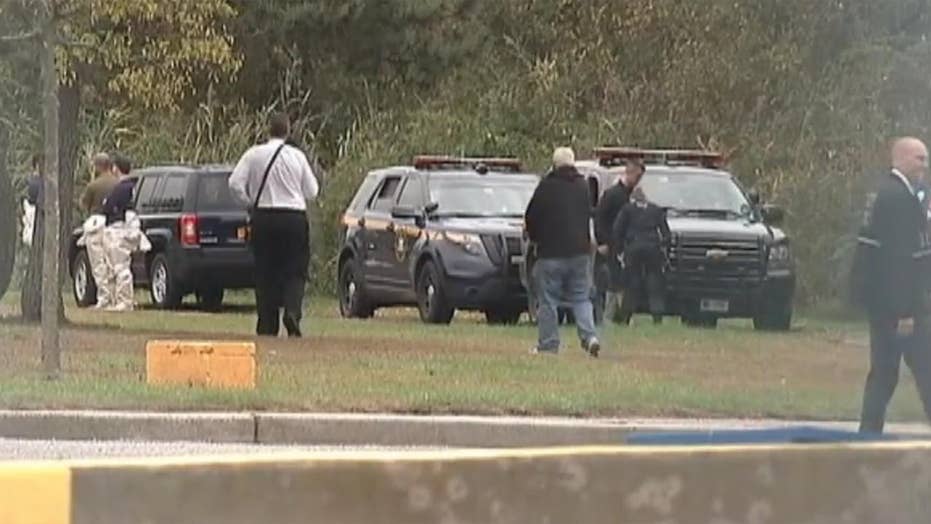 An FBI task force in New York City's Long Island suburbs, targeting the MS-13 street gang, found a third body Saturday as part of a search for victims of gang-related violence that began two weeks ago.

The remains were found in a heavily-wooded area near Nassau County’s Meadowbrook Parkway in Merrick, according to reports.

“There’s no information to suggest this was a random act,” FBI agent Michael Osborn said, according to Newsday. “We believe it was gang-related.”

The remains were found three miles away from where the FBI found the body of a possible MS-13 victim in a 432-acre park in Freeport on Wednesday, the Long Island Herald news weekly reported Saturday.

In March, Nassau police found the body of Cesar Gonzales-Espantzay, 19, in the park, according to reports. Police say he had been stabbed and shot by MS-13 gang members seeking to improve their status in the gang.

On Oct. 19, the FBI task went to a wooded area in Roosevelt and found the body of 16-year-old Eric Soler, whom authorities believe was killed by MS-13 members, Newsday reported, citing sources.

A tip from the federal Department of Homeland Security led the FBI to that spot, according to reports.

Soler, a student at Freeport High School, had been missing for three months.

NBC New York reported Thursday that six young people with known connections to MS-13 and other gangs are missing in Nassau County.