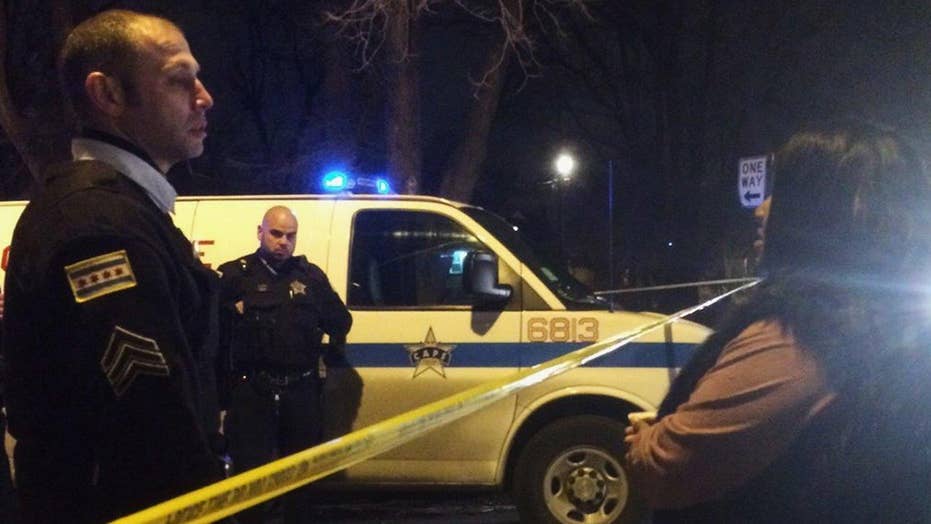 Two more fatal police shootings in Chicago over the weekend have community and city leaders calling for an immediate investigation of how the police department handles calls dealing with mental health issues — even as the U.S. Department of Justice conducts its own review of the department's use of force.

The two shootings occurred early Saturday around 4:30 a.m., when police responding to a reported domestic disturbance at an apartment on the city's West side, "were confronted by a combative subject resulting in the discharging of the officer's weapon," the Chicago Police Department said in a brief statement. Shot and killed were Quintonio LeGrier, 19, a college student home on break from Northern Illinois University, along with downstairs neighbor Bettie Jones, 55, the mother of five and an anti-violence community activist who had hosted a family gathering on Christmas Day. Police said Jones was hit accidentally by the gunfire. Both LeGrier and Jones are black.

"The 55-year-old female victim was accidentally struck and tragically killed," reads the statement, which extends "deepest condolences to the victim's family and friends."

The Chicago Police Department later issued a statement saying that officers involved in the incident were being placed on administrative duties for 30 days, while "training and fitness for duty requirements can be conducted."

LaGrier's mother, Janet Cooksey, told Chicago TV station WBBM that her son "wasn’t just a thug on the street, he was an honor student in college and high school." She also said he had suffered some emotional problems.

“Seven bullets were put in my son. Seven,” Cooksey told WBBM. “Eight shots were fired,” she added. “One hit an innocent lady who was just opening her door. Something is wrong with this picture.”

Some residents at the scene questioned why police didn't use stun guns or other nonlethal means to subdue LeGrier.

Saturday's shootings come on the heels of a federal investigation into how the department uses force, and a review of how the department disciplines officers and handles misconduct accusations. It comes after last month's release of police dashcam video showing white officer Jason Van Dyke shooting black 17-year-old Laquan McDonald 16 times in 2014. The video's release led to protests -- some violent -- forced the resignation of former Chicago Police Superintendent Garry McCarthy and sparked calls from residents for Mayor Rahm Emanuel to step down.

Police reported that McDonald was armed with a 3-inch knife when Van Dyke confronted him after witnesses told police that the 17-year-old was breaking into cars. McDonald's autopsy report showed he had the hallucinogenic drug PCP in his system. Van Dyke was charged with first-degree murder, and is being held without bond.

Emanuel late Sunday issued a statement in response to the latest shooting deaths, calling for a review of how Chicago police officers respond to calls dealing with mental health issues.

"There are serious questions about yesterday's shootings that must be answered in full by the Independent Police Review Authority's investigation," Emanuel said in the statement.

The IPRA has investigated nearly 400 police shootings (fatal and non-fatal) since 2007 and found only one to be unjustified, according to bettergov.org. Still, Scott Ando, IPRA’s chief administrator, said there are pending investigations, and "that one would believe will be unjustified." He declined to be more specific.

"I used to watch the news daily and I would grieve for other mothers, other family members, and now today I'm grieving myself," Cooksey said earlier Sunday outside the apartment where her son had lived. She wore a black shirt with Emanuel's image on it and the phrase "Rahm Failed Us."