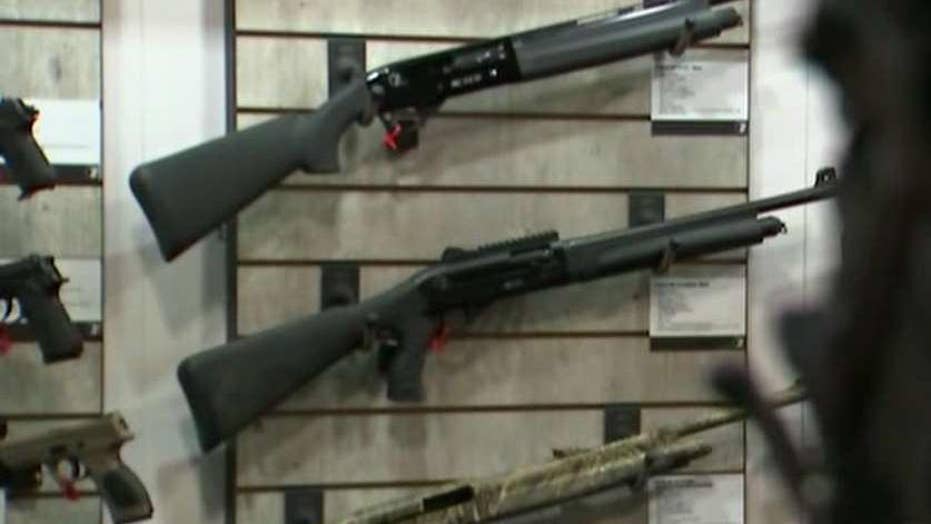 What drove Las Vegas gunman Stephen Paddock to shoot up a country music concert remained a mystery Tuesday, as a vexing array of possible clues did little to bring into focus a motive for the biggest mass shooting in modern American history.

Mounting gambling debts, a family history of mental illness, partisan political rage and a claim of responsibility by ISIS have all emerged as possible motives for Paddock’s Sunday night shooting spree on Sin City’s fabled Strip, which left 59 dead and more than 500 injured. But police – as well as the few who knew Paddock – remain stymied as to what caused the 64-year-old former accountant to snap.

“I can’t get into the mind of a psychopath,” said Sheriff Joseph Lombardo, head of the Las Vegas Metropolitan Police Department.

Paddock had 23 guns in his hotel room, including rifles with scopes and two modified to make them fully automatic, along with 19 firearms at his home in Mesquite, Nev. Police were searching another property Paddock owned in northern Nevada.

While each theory appears to have at least some basis in fact, they also have factors that would seem to cast doubt and have left investigators with more questions than answers.

Here's a closer look at some of the possible reasons behind the shooting spree:

Paddock was a prolific gambler who was known to play poker games for $1,000 a hand, and was spending up to $30,000 a day on the casino floor in the days leading up to the shooting, according to casino accounts. He was purportedly well known in Las Vegas and was even comped free rooms and given access to special casino facilities thanks to the large sums of money that he spent on the Strip.

“It's like a job for him,” his brother, Eric Paddock, said. “It's a job where you make money. He was at the hotel for four months one time. It was like a second home.”

Despite his time spent gambling, his family said he was simply a wealthy former accountant who enjoyed the Vegas lifestyle, and there was no clear evidence that he had incurred massive gaming losses.

Paddock was the son of Benjamin Hoskins Paddock, a serial bank robber who ended up on the FBI Most-Wanted List in 1969, when he escaped from a federal prison in Texas while serving a 20-year sentence. The bank robber spent almost 10 years on the lam before being cuffed in 1978 outside a bingo hall in Oregon.

FBI reports stated that Paddock’s father had been “diagnosed as psychopathic” and also had possible “suicidal tendencies.”

Investigators were looking to see if Paddock inherited his father’s mental issues and penchant for violence, but so far no history of mental problems has surfaced and Paddock’s brother said the pair never knew their father.

A number of commentators are pushing rumors online that Paddock was a left-wing extremist who targeted a country music concert because he believed there would be Republicans in attendance.

Several blogs have posted a photo that some say shows Paddock at an anti-Trump protest wearing a pink T-shirt and a feminist hat. The photo, however, is incredibly grainy and the woman standing next to the man is not Paddock's girlfriend.

Adding to the tenuousness of this claim is the fact that Paddock was not a registered Democrat or Republican and was not even registered to vote in Florida, where he had a permanent address. His family added that he never expressed any strong political views.

Shortly after Paddock was revealed to be the shooter, ISIS claimed that the Las Vegas gunman was responding to a call to intensify attacks against Western countries bombing its territories in Syria and Iraq.

The FBI on Tuesday discounted any connection of Paddock's deadly rampage to international terrorism.

“Responding to the call of [Abu Bakr al-Baghdadi] to target the states of the Crusader alliance, and after careful observation of gatherings of the Crusaders in the U.S. city of Las Vegas, one of the soldiers of the caliphate (Abu Abd al-Bar al-Amriki, may Allah accept him) lay hidden armed with machine guns and various ammunition in a hotel overlooking a concert,” the ISIS communique said. “He opened fire on their gathering, leaving 600 killed and injured, until his ammunition was finished and he departed as a martyr.”

Despite the ISIS claim, a spokesperson for the FBI said no link to ISIS has been found during the ongoing investigation, with analysis of Paddock’s phone and electronic devices incomplete. Paddock’s brother, Eric, added that the shooter had “no political affiliation, no religious affiliation -- this wasn’t a terror attack.”