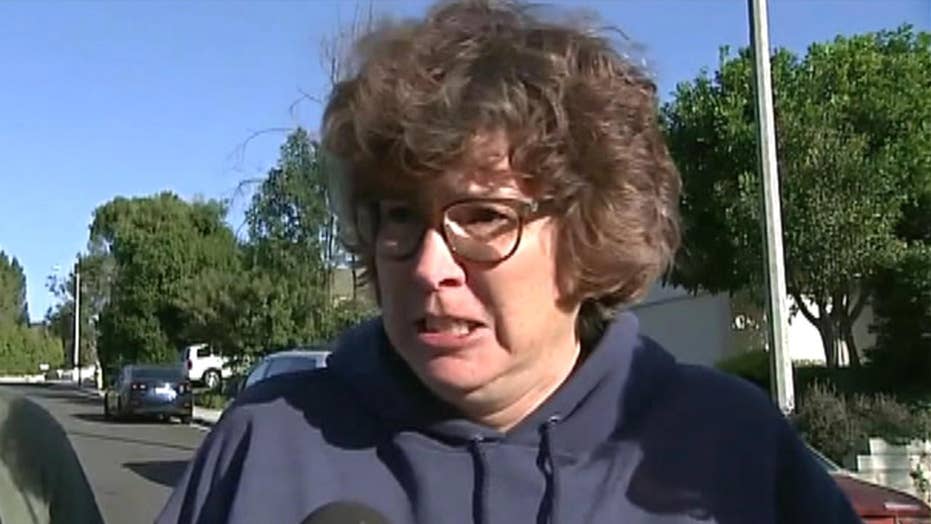 Orfanos, 27, was a military veteran, too, having served in the U.S. Navy from 2011 to 2014. He moved back to California to stay with his parents after he finished his service and, at the time of Wednesday's shooting, he was working for a car dealership.

On Oct. 1, 2017, Orfanos was at the Route 91 Harvest Festival in Las Vegas when a gunman perched inside a Mandalay Bay hotel room overlooking the concert venue rained down a hail of gunfire on the helpless hundreds below. Stephen Paddock killed 58 people and wounded hundreds more before he killed himself. Even 13 months later, investigators have yet to definitively detail a motive for the massacre.

Orfanos made it out alive that night, and, on Thursday morning, his mother, Susan Schmidt-Orfanos was hoping her son had been lucky again.

She made a desperate plea for gun control to reporters at the scene.

Telemachus Orfanos, a Las Vegas massacre surivor, who was killed in Wednesday night's shooting at a California bar. (Facebook)

“I don't want prayers. I don't want thoughts,” she told reporters. “I want those b-------- in Congress -- they need to pass gun control so no one else has a child that doesn't come home.”

Governor-elect Gavin Newsom lamented the violence during a public appearance Thursday, the Democrat's first since winning his election Tuesday.

Orfanos’ father, Mark Orfanos, said the shooter -- who officials indicated may have suffered from post-traumatic stress disorder --  “was probably as much of a victim as everybody else.”

“I’m not gonna vilify this kid because he's got parents that are grieving, too,” Mark Orfanos said. “And I feel sorry for them as well. Until I find out particularly what the specifics are with this kid who did the shooting I’m not gonna be vilifying him.”

“How ironic that my son should be killed this way,” Orfanos said.