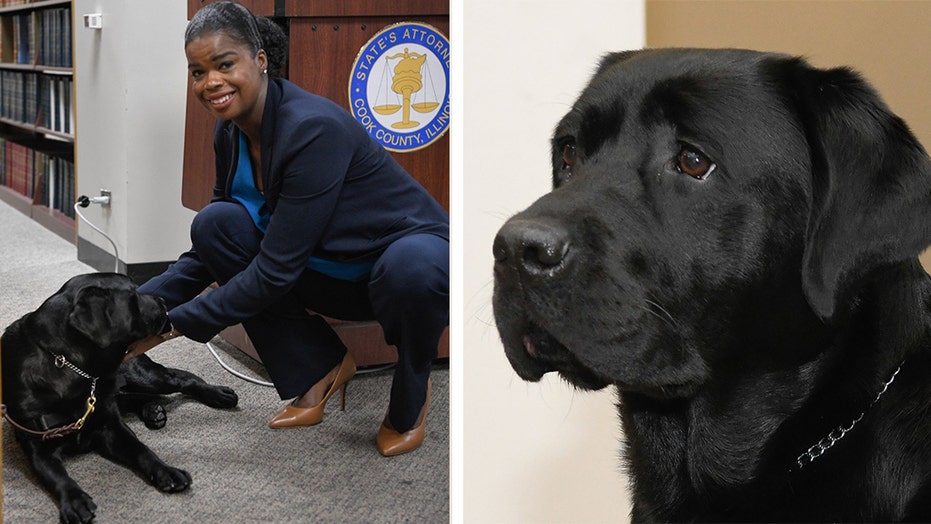 The Illinois State's Attorney's office in Chicago has gone to the dogs.

A 2-year-old Labrador named Hatty was sworn in Tuesday as the office's first emotional support dog during a special ceremony.

Hatty will work a 9-to-5 job assisting and comforting children and mentally disabled victims of sexual assault and violence, according to the Cook County State's Attorney's Office.

Hatty the labrador was sworn in on Tuesday. (State’s Attorney Kim Foxx)

Hatty has been specially trained and her primary role is to "provide direct support to these individuals when testifying in court or during interviews with prosecutors and other officials," the office added.

“Navigating the criminal justice system can be confusing and scary, especially for young people and other victims of sexual assault,” State’s Attorney Kim Foxx said in a statement. “Victims are the center of our work, and I know personally that retelling a painful story of abuse can cause trauma all over again. We’re excited to welcome Hatty to our team where she will provide comfort and peace to victims during one of the most difficult times in their lives.”

Hatty the dog is the office's first support dog who will assist children and mentally disabled victims of sexual assault and violence. (State’s Attorney Kim Foxx)

The Labrador Retriever is expected to handle as many as 200 cases annually and will appear in court with victims "about twice a month," prosecutors said.

The St. Louis-based nonprofit Duo Dogs partnered with the state's attorney's office for Hatty's training and costs. No taxpayer money was spent, the office said, adding that staff members held a fundraiser that will support the costs of "food, equipment and comfort materials."

Hatty spent 45 days training on the job. She will live with and be cared for by two office employees, "who have received specialized training to handle the responsibilities of the service animal both at work and at home," the office said.