PUNA, Hawaii – Lava from Hawaii’s Kilauea destroyed hundreds of homes overnight, a Hawaii County spokeswoman revealed Tuesday. The grim update came as an explosion caused the volcano to spew toxic ash and rubble nearly a mile into the air and triggered a 5.5-magnitude earthquake.

Tuesday’s early-morning quake wasn’t strong enough to set off a tsunami. It was likely caused by a buildup of pressure from the summit area of Kilauea.

"They are a response to pressure building up beneath the pile of rubble cover the vent opening at the summit," said Wendy Stovall, a volcanologist with the U.S. Geological Survey. “What we're seeing is, as the pressure builds up, it will be released in what appears to be an earthquake, but no fault plane is rupturing." 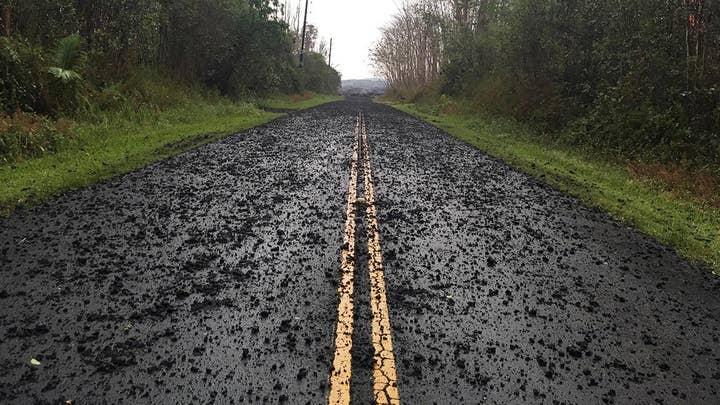 A fault plane is the flat surface along which there is slip during an earthquake.

Lava from Kilauea has continued to wreak havoc. Overnight, it continued its rampage and destroyed hundreds of homes, a Hawaii County spokeswoman said.

On May 3, Kilauea began shooting ash plumes 30,000 feet into the air. Thick waves of lava seeped from fissures in the ground, destroying homes, choking off escape routes and knocking out power before creeping toward the ocean. As it hit the blue waters of the Pacific, the lava created a dangerous steam laced with hydrochloric acid and fine glass.