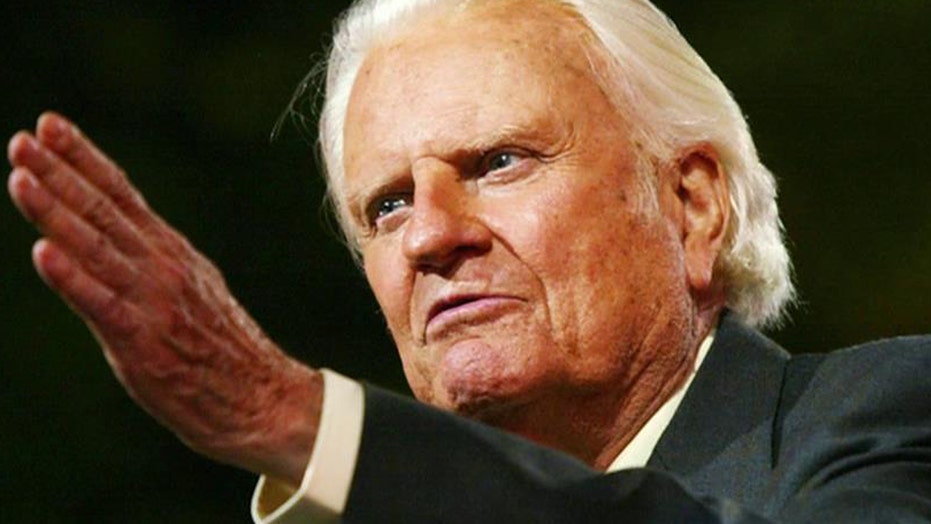 His son, Rev. Franklin Graham, discusses 'Where I Am: Heaven, Eternity and Our Life Beyond'

Jesus' time on earth before his resurrection was anything but a failure, the Rev. Billy Graham said in a recent post.

Responding to a question posted to the "My Answers" portion of the Billy Graham Evangelistic Association's website, the 97-year-old religious leader said that only Jesus' enemies would have seen His time on earth as unsuccesful.

The question asked if Jesus' mission on earth was a failure, as he had hoped to be made king on earth but was rather killed.

Graham responds by saying that "Jesus had no desire to become an earthly king — as He repeatedly made clear. Instead, He came into the world to establish another type of kingdom — a spiritual kingdom, drawing together all who put their faith and trust in Him as their Savior, and committed themselves to follow Him as their Lord."

The evangelical leader indicates that this spiritual kingdom was far better than any earthly kingdom, because this Kingdom of God "would never end, for it was part of God's eternal plan for the human race."