Two researchers are cutting ties with the Massachusetts Institute of Technology's Media Lab in the wake of revelations that the prestigious technology research hub accepted at least $200,000 from convicted sex offender Jeffrey Epstein.

Ethan Zuckerman, director of the lab’s Center for Civic Media, said he was resigning because Media Lab Director Joi Ito failed to disclose the deceased financier’s funding of the research center as well as money Ito accepted for personal investments in technology.

"[T]he work my group does focuses on social justice and on the inclusion of marginalized individuals and points of view," Zuckerman wrote on his website. "It’s hard to do that work with a straight face in a place that violated its own values so clearly in working with Epstein and in disguising that relationship."

Visiting scholar Nathan Matias, who works on the social impact of online platforms, said Wednesday in a blog post that he, too, was severing ties with the Media Lab over business relations that occurred after Epstein's "appalling crimes were already known."

In an open letter posted on the Media Lab's website last week, Ito wrote that he had made an "error in judgment" by accepting funding from Epstein, whom Ito said he met "in 2013 at a conference through a trusted business friend."

PEDOPHILES IN PRISON: THE HELL THAT WOULD HAVE AWAITED EPSTEIN IF HE'D STAYED BEHIND BARS

"[I]n all of my interactions with Epstein, I was never involved in, never heard him talk about, and never saw any evidence of the horrific acts that he was accused of," wrote Ito, who vowed to raise a sum matching the amount of money he had received from Epstein and donate it to nonprofits that work with survivors of trafficking.

The Boston Globe said public records showed Epstein gave at least $200,000. It is not immediately clear how much Epstein contributed in total, for how long or to what specific projects, if any, those donations were earmarked.

Zuckerman said Ito had asked him to meet with Epstein in 2014 and that he refused and urged Ito not to meet the financier either. He said the two did not speak about Epstein until last week. In his letter, Ito said he had invited Epstein to the lab and visited several of the millionaire's homes.

Media Lab receives about $75 million in annual funding provided by a long list of corporate "members" including Hyundai, Samsung, Comcast, Google, Nike, Twitter and more. Ito has been the director of the Media Lab since 2011 and sits on the board of directors of The New York Times and the MacArthur Foundation. He is on the board of trustees of the Knight Foundation.

Epstein was awaiting trial on federal sex trafficking charges when authorities say he killed himself in his jail cell earlier this month. He pleaded guilty in 2008 to prostitution-related charges involving underage girls in Florida. He served 13 months in state prison and was allowed out on work release almost every day. 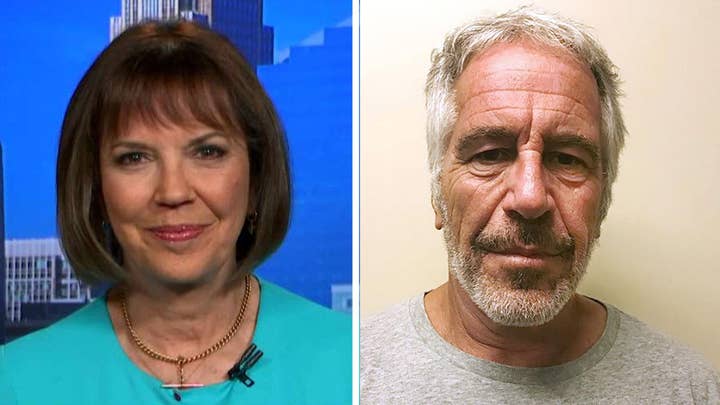 Epstein's will was filed in the U.S. Virgin Islands and it showed that he signed it on Aug. 8 — two days before his death.

The accused sex trafficker and alleged pedophile was worth $577,672,654, or about $18 million more than he previously stated in court papers when he had tried to land bail on federal sex-trafficking charges, the New York Post reported Monday, citing new court documents.