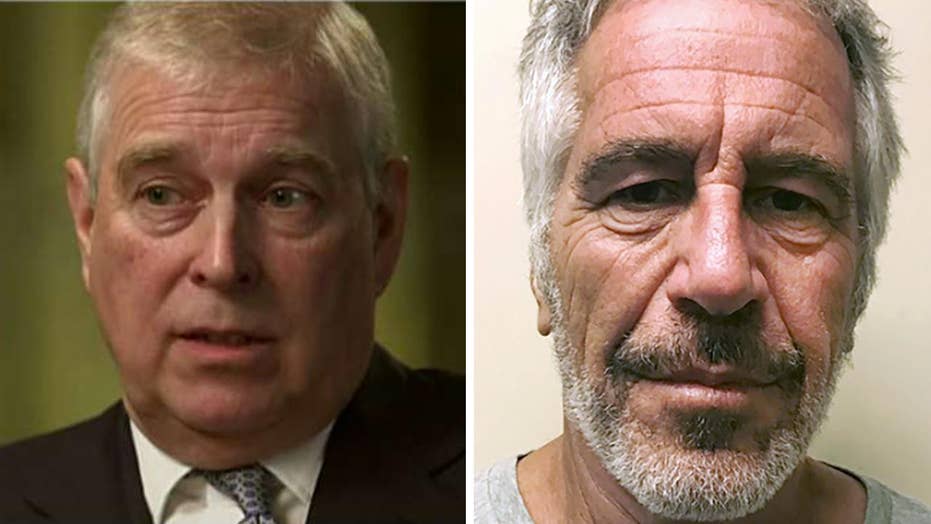 A woman who said the disgraced financier Jeffrey Epstein raped her when she was as young as 17 is suing his estate for an unspecified amount of compensation for her injuries.

“It took me a long time to break free from his mind control and abuse,” Davies said, according to a statement read by her attorney, Gloria Allred, at a news conference Thursday. “I still have flashbacks. It still hurts.”

Teala Davies, left, and attorney Gloria Allred, right, at a news conference about the filing of a lawsuit against the estate of Jeffrey Epstein. Davies said she was 17 when he victimized her. (AP Photo/Jeenah Moon)

Epstein was found dead in his jail cell at the Manhattan Correctional Facility in New York back in August.

Davies publicly attended a court hearing after Epstein died, along with other accusers, in a show of solidarity against him.

“I'm still a victim because I am fearful for my daughters and everyone's daughters. I'm fearful for their future in this world, where there are predators in power, a world where people can avoid justice if their pockets run deep enough,” Davies said at the August hearing.

Davies said she was coming forward again Thursday “to set an example and inspire all victims of sexual abuse to conquer their fear and tell someone.” She said she was freed from Epstein's abuse after she told him she was suffering from bulimia.

A magistrate judge in a Manhattan federal court urged lawyers for the estate and the victims to negotiate appropriate compensation for the women's' injuries.

Davies described herself as the “perfect victim” who endured abuse in part because of her difficult childhood that included being homeless for a year when she was 11-years-old.

Davies was just one of dozens of women who said Epstein persisted a cycle of sexual and emotional abuse and mind control on them, lauding his money and fame to maintain his influence over the young girls.

Davies' suit came a day after another woman filed an anonymous lawsuit against Epstein's estate, claiming she was victimized when she was 16-years-old. The woman said she was an immigrant from a war-torn country who climbed to success as a model for major fashion magazines in New York when she met Epstein in 2004.

The woman said he sexually assaulted her repeatedly, causing her to quit modeling and become suicidal, according to the lawsuit.