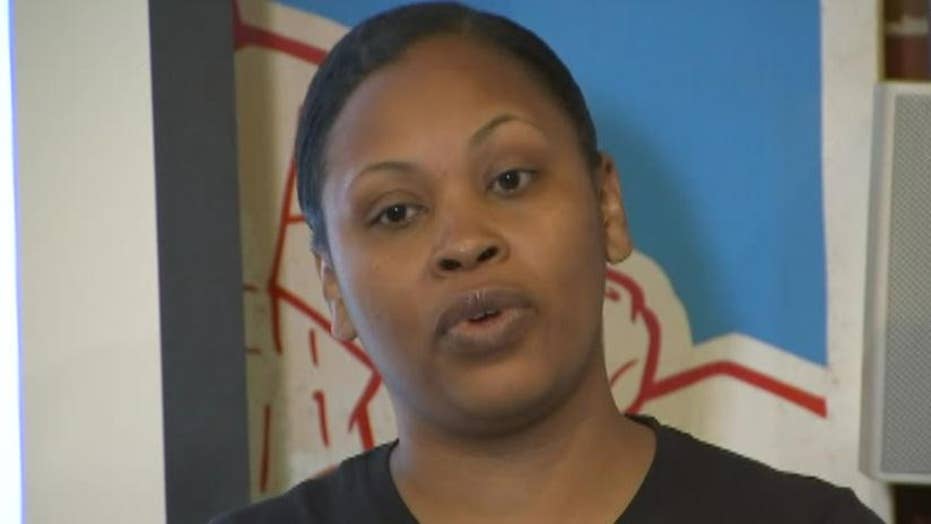 Mother of Jahi McMath speaks out

The mother of teenager Jahi McMath said Tuesday that she did not regret fighting for her daughter to receive ongoing medical care after California doctors declared her brain dead in December 2013.

"I gave everything for Jahi and I have no regrets," Nailah Winkfeld told a news conference in San Francisco. "Everything that I did from selling my house to quitting my job to moving across the country, giving up all the time I gave up with my family, it was all worth it."

Jahi McMath died June 22 in New Jersey from excessive bleeding and liver failure after an operation to treat an intestinal issue.

On Tuesday, Winkfield described the last hours she spent with her daughter, saying: "She died on her own without being removed forcefully off her ventilator ... So that’s why I always tell people, 'You can still die on the ventilator. There’s not a machine in the world that can keep you alive. If God wants you, he will come get you.'"

The teenager had been at the center of a national debate over brain death and religious beliefs since she suffered irreversible brain damage during a tonsilectomy at Children's Hospital Oakland. A coroner signed a death certificate for Jahi in January 2014, but Winkfield refused to accept that conclusion and insisted that her daughter showed signs of life through toe wriggling and finger movements.

Jahi's family gained custody of her in 2014 and moved her to New Jersey, the only state in the U.S. with a law that prohibits doctors from removing brain-dead patients from ventilators over families’ religious objections. On Tuesday, Winkfield told reporters that her daughter developed like normal while on life support, going through puberty like a typical teenager.

Winkfield and her lawyers have been trying to rescind the California death certificate as part of a medical malpractice lawsuit filed against Children's Hospital. Hospital lawyers have argued that the family did not subject McMath to tests accepted by the American Medical Association to determine brain death.

"My child was never dead," Winkfield said. "My daughter never died in December 2013 ... There’s no way in the world that I would be holding on to a corpse for four-and-a-half years. That was a living human being."

In refusing to throw out the lawsuit last year, a judge ruled that it was up to a jury to determine if the girl was still alive.

Attorney Chris Dolan has said the New Jersey death certificate eliminated that argument, but he and Winkfield are still debating whether to continue the fight and possibly set a precedent so other religious families don't have to go through the same situation.

"Doctors don't know everything," Winkfield said Tuesday. "They're humans, just like me and you. And when it came down to Jahi McMath, I sat at the table with people with so many degrees, the top this, the top that and guess what?

"None of them knew more about her than me. Not one. I was smarter than all of them when it came to her."