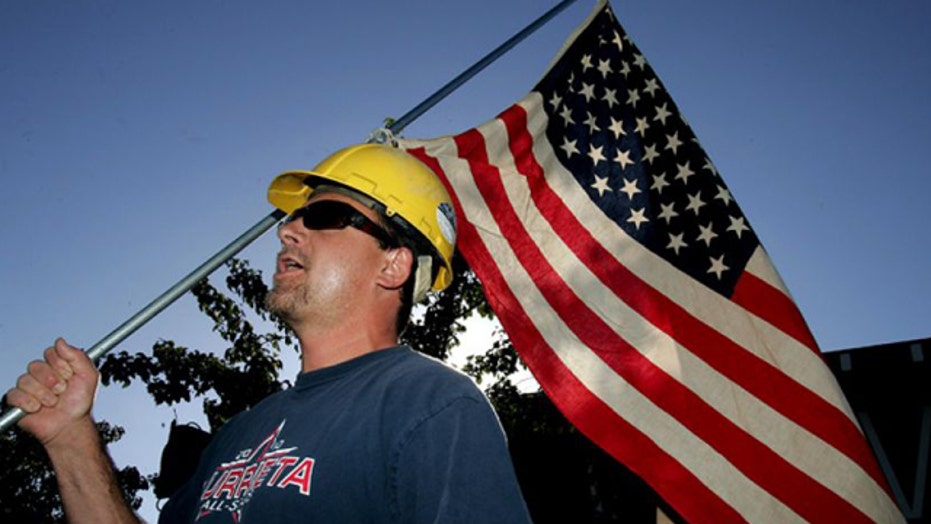 EL CENTRO, Calif. – An overflow crowd in a Southern California community where protesters turned back Homeland Security busloads of immigrants gave a harsh reception to federal officials behind the decision to bring them to Murrieta in the first place.

"Send them back! Send them back!" the special-meeting crowd chanted, shouting down Chief Border Patrol Agent Paul Beeson after he took responsibility for transferring the Central American children and families to Murrieta from Texas, where the numbers are too much for facilities to handle.

On Tuesday, the buses were rerouted an hour south to San Diego after they were met with flag-waving protesters in Murrieta.

The Wednesday night crowd, gathered at a high school auditorium that seats 750 in the desert city of 100,000 people, groaned when Beeson said four of the immigrants had to be hospitalized, two with scabies and two with fevers.

And Beeson conceded that he did not know where Tuesday's immigrants nor several more waves slated to arrive from Texas in coming days will end up.

"We will make decisions when they arrive where it makes the most sense to put them," he said.

The federal government is working to deal with a flood of Central American children and families fleeing to the United States.

More than 52,000 unaccompanied children have been detained after crossing the Texas-Mexico border since October in what President Obama has called a humanitarian crisis. Many are under the impression that they will receive leniency from U.S. authorities.

Murrieta Mayor Alan Long, who urged locals to oppose the immigrant transfer plan before it began, said the city will track any spending it does over the issue and send a "big fat bill" to Washington.

"Change needs to occur at the federal level in many ways," he said to a loud ovation.

Riverside County Supervisor Jeff Stone, was wildly cheered after calling for secure borders and denouncing what he called the "exploitation" by the federal government of the traumatized women and children immigrants.

Another group of roughly 140 immigrants arrived from Texas for processing on Wednesday, but they were sent to El Centro more than 140 miles away and were met without incident.