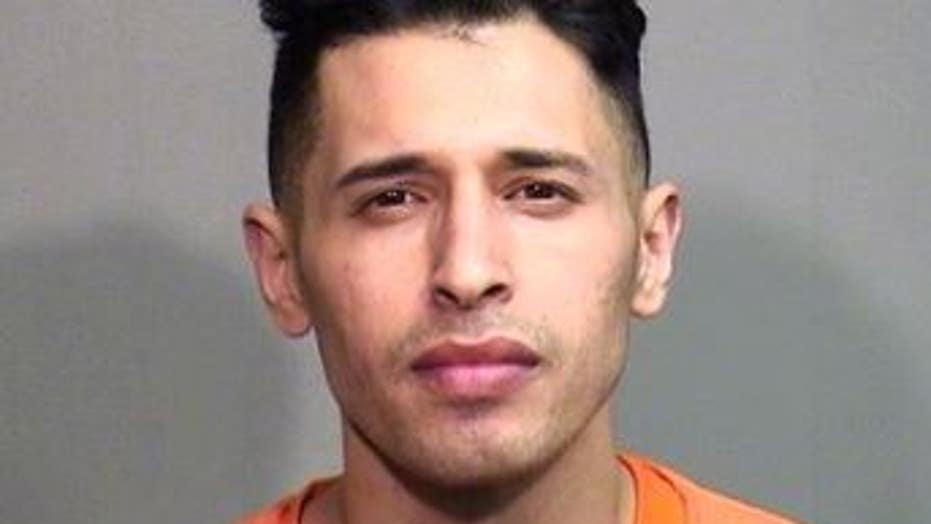 A former Uber driver in Illinois who was sentenced Friday to five years in prison for sexually abusing a passenger will stand trial this week on charges that he also tried to hire someone to “hurt or silence” the victim, according to a report.

The conviction stemmed from a June 2017 incident in which Tawfeeq picked up a woman in his car. On the way home, he asked her “if she had any interest in being a prostitute,” prosecutors said. He then turned off the Uber app and attacked her in a parking lot, according to investigators.

Ahmed Tawfeeq faced new charges that he tried to pay off someone to silence a woman he sexually abused. (McHenry County state's attorney)

On Monday, Tawfeeq is to face a new trial on allegations that he offered to post bond for a fellow McHenry County Jail inmate and an additional $6,000 to “kidnap” the woman, the Chicago Tribune reported.

A court filing cited by the Tribune showed that Taqfeeq told an inmate he “raped a … girl in his Uber cab and that he needed someone to threaten the girl, kidnap her, or beat her so she wouldn’t testify.”

Before he was sentenced Friday, McHenry Assistant State’s Attorney Mary Ann Scholl said Tawfeeq used his position to prey on the woman, and that a sex offender evaluation suggested he was an “above average risk” to re-offend.

She added that the harm Tawfeeq caused the victim was compounded by his alleged attempt to hire someone to “hurt or silence her.”

Court county records cited by the Tribune showed that Tawfeeq also faced domestic battery charges for allegedly intimidating a female relative while he was out on bond.

Tawfeeq has denied all charges against him.

His lawyer, Brian Shields, said the victim’s testimony was not credible and Tawfeeq’s actions “did not cause serious physical harm to anyone.”