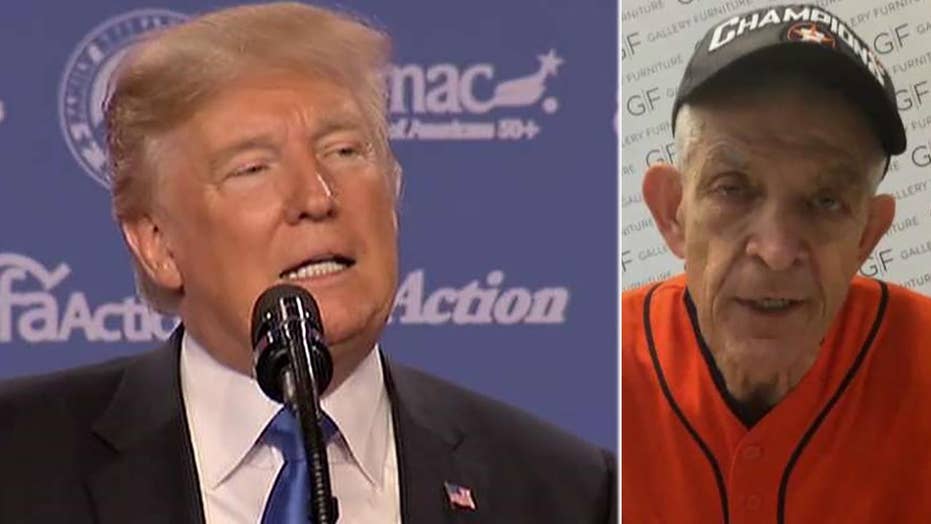 The owner of a furniture chain in Texas who touched the hearts of many after he turned one of his stores into a makeshift shelter for victims of Hurricane Harvey is showing his compassionate side once again.

Jim McIngvale, also known as “Mattress Mack” told ABC News he was offering a hot meal on Thanksgiving to those affected by the devastating hurricane and those who were not at his store in North Freeway. He said the dinner was for “anybody and everybody.”

"We want to get together as a community and be grateful that we’ve gotten through this storm together," McIngvale, 66, told ABC News.

FAMILY FUNERAL FOR A THIRD OF TEXAS CHURCH SHOOTING VICTIMS

McIngvale said he was opening the doors of Gallery Furniture because he was inspired by his community’s “resilience” following the devastating storm.

"Every day I’m amazed by the resilience of these people, and how brave they are and how strong they are," McIngvale said.

The store owner said he was paying for the dinner himself but some food vendors have offered “Mattress Mack” contributions. People have also come forward offering to volunteer during the dinner.

"We have hundreds of volunteers who want to come and serve because I think people get as much out of giving as they do receiving," McIngvale said.

“Mattress Mack” said he would “not be surprised” if some 3,000 guests attend the dinner.

"It's the least we could do to say thank you," McIngvale told “Fox & Friends” earlier this month.