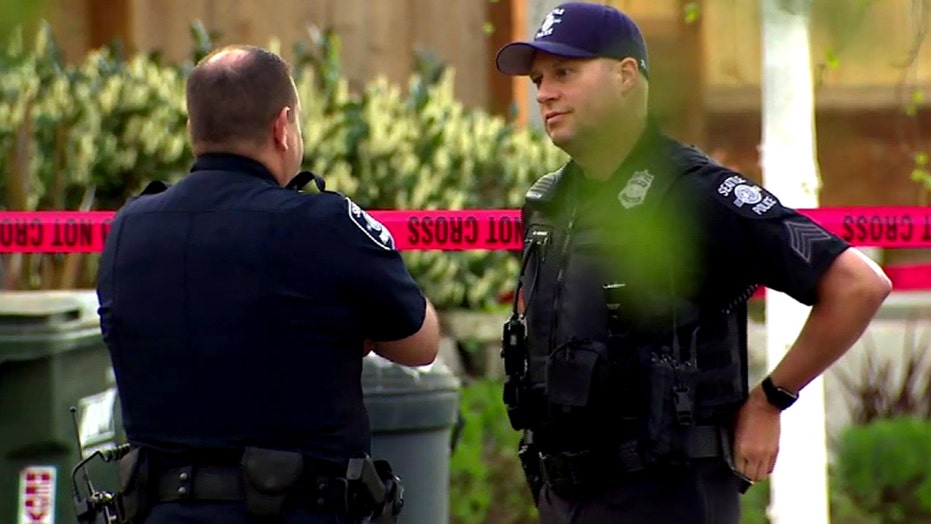 A man has been arrested after remains — reportedly including a severed head and foot — were tentatively identified as those of a Seattle-area mother of three, authorities said late Monday.

Ingrid Lyne, 40, was last seen Friday night before going on a date to a Seattle Mariners game, Q13 Fox reported. She was reported missing the following morning after she failed to collect her three daughters from her ex-husband as scheduled.

John Robert Charlton, 37, was arrested in connection with Lyne’s disapperance and booked into King County Jail for investigation of homicide. The Seattle Times reported that Charlton has a lengthy criminal history, including convictions for misdemeanor assault in 1997 and misdemeanor battery in Idaho in 2009. Q13 Fox reported that Charlton was also arrested for felony theft in Montana in 2009. The Associated Press reported on a negligent driving arrest in Washington State in 1998 and a second-degree felony for aggravated robbery in Utah in 2006.

"We used some forensic evidence dealing with telephone calls and cell towers and the usual investigative shoe leather, utilizing those we were led to a suspect early on," said Seattle Assistant Police Chief Robert Merner.

The station, citing friends of Lyne, reported that she had met Charlton online in either February or March and the two had been dating since. It was not clear on which website the two had met.

The King County Medical Examiner's Office will make the final determination of identity. However, the Seattle Times reported that Lyne's head was among the body parts found in a recycling bin in Seattle's Central District, enabling detectives to identify her.

Seattle Police Chief Kathleen O'Toole said that investigators don't believe there are any other suspects in the case.

Investigators also located Lyne's silver 2015 Toyota Highlander SUV, which had been reported stolen along with her disappearance. A statement said the vehicle had been found in downtown Seattle, but did not elaborate further.

Investigators determined the remains, which were packaged in plastic bags, had been placed in the bin late Friday or early Saturday. A police spokesman said the bin would have been empty because recyclables were collected on the block on Fridays.

"The purse, the telephone and everything was in [her] house," Lyne's neighbor Edward Franceschina told Q13 Fox.

Franceschina told the Seattle Times that detectives had converged on the quiet middle-class neighborhood about 11 miles southeast of downtown with a mobile crime lab early Sunday morning.

"I saw them doing their thing,” he said. “They came out with boxes and were here a couple of hours. I finally went to bed at 3 a.m. when they left."

Seattle's Swedish Medical Center confirmed Lyne was an employee. Her children reportedly are staying with a family friend.