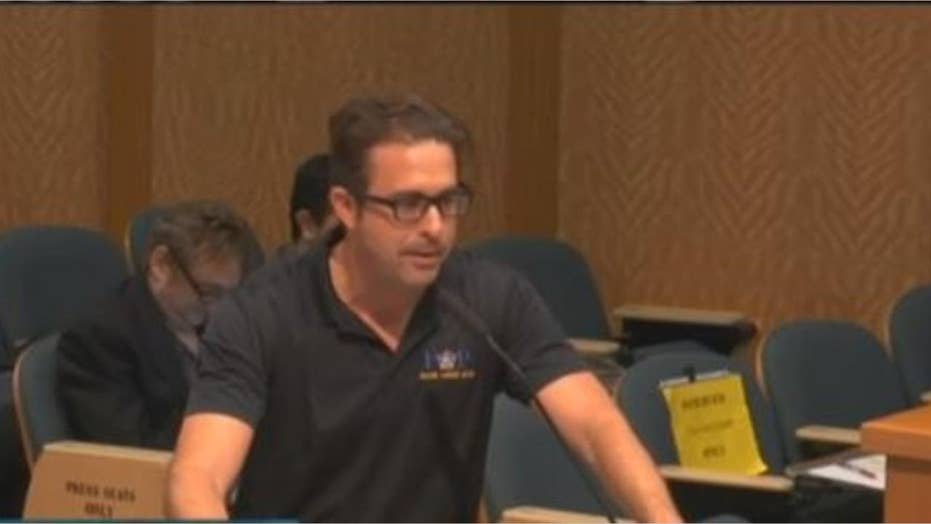 Capt. Javier Ortiz is being forced to answer questions after he was caught lying on a promotion exam about his race. During a hearing with city commissioners, he doubled down saying, 'I am black man.' His comments have since gone viral.

A controversial Miami police captain is under fire this week for claiming he was black because of the "one-drop rule" while speaking at a public meeting.

Miami Police Capt. Javier Ortiz, who is Cuban-American, appeared Friday to defend himself in front of city commissioners at a meeting on racial equality in the department after Sgt. Stanley Jean-Poix, president of Miami’s Community Police Benevolent Association, accused him of having identified as black on police promotional exams.

A clip of Ortiz making his claim to commissioners was posted online.

“As far as Captain [Dana] Carr, she loves to call me a Latin male,” Ortiz told commissioners. “I’m a black male. Yes, I am, and I am not Hispanic. I was born in this country.”

Speaking to Commissioner Keon Hardemon, Ortiz cited the “one-drop rule,” a centuries-old term that defines a person as black even if they have just one black ancestor, to back up his claim of having a mixed background.

"Oh, no, you're blacker than me — that's obvious,” Ortiz told Hardemon. “And if you know anything about the one-drop rule, which started in the 20th Century, which is what identifies and defines what a black male is, or a Negro, you would know that if you have one drop of black in you, you're considered black."

Capt. Ortiz, a former head of the  Miami Fraternal Order of Police union, pictured in 2012 when he was a sergeant. (AP Photo/Wilfredo Lee)

Ortiz had originally identified himself as a white Hispanic male when he joined the department, but later claimed he was black while applying for promotion, the CPBA alleged after conducting their own investigation on the matter, WSVN-TV reported.

“It’s an insult to African-Americans that you would use our race to get an advantage on the exam so that way you could get promoted,” said Jean-Poix.

Ortiz’s remarks have since gone viral and sparked a backlash from the Miami-Dade NAACP.

“His comments are disturbing,” the organization posted on Instagram. “And in the manner of how he used them, downright disturbing to say the least.”

Rubin Roberts, chairman of the local NAACP chapter, argued that Ortiz should be fired when speaking to the Miami Herald.

“It’s disrespectful and culturally insensitive,” he said. “It doesn’t matter if it helped him or not. I think he needs to be reprimanded or be removed from the force because of his lack of truthfulness.”

Ortiz responded to WSVN’s request for comment Tuesday with a text that reads, “No comment, thank you.” Over the weekend, he had tweeted: “This isn’t news. People love making stereotypes. It’s actually refreshing to be who you are, like an American.”

Miami Police Chief Jorge Colina told the Herald that he was meeting with human resources and city attorneys about how to handle the "perplexing" situation.

Ortiz, the former president of the city’s Fraternal Order of Police union, has made controversial comments in the past.

He was suspended three years ago for harassing a woman after she recorded a cop giving her a ticket, the Herald reported. He also reportedly wrote a letter threatening a police boycott of a Beyoncé concert in Miami after claiming her performance was anti-police.