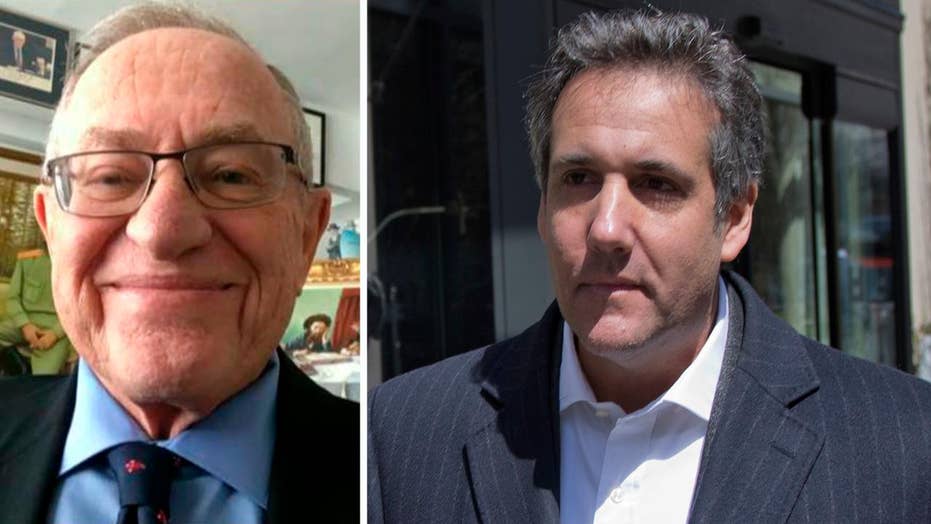 Legal expert says a raid on a lawyer's office is used as a last result.

The hearing, set for 10:30 a.m. Friday, will relate to the search warrant executed this week to obtain various documents in Cohen's possession.

A court spokesman reached by the AP did not elaborate further on the subject matter of the court proceeding.

To obtain a search warrant like the one executed against Cohen, agents must convince a judge they have probable cause of criminal activity and believe they'll find evidence of wrongdoing in a search.

A warrant requires high-level approval within the Justice Department, and agency guidelines impose additional hurdles when the search target is an attorney.

But the legitimacy of warrants can be challenged, even after they have been issued. And seizures of potentially attorney-client privileged documents raise a host of additional after-the-fact legal considerations, including how to segregate legitimately confidential communications from those unrelated to Cohen's legal advice.

Southern District of New York District Judge Kimba M. Wood is expected to preside at the hearing, according to the court.

Wood, who was selected for the bench by Ronald Reagan, was one of Bill Clinton's failed nominees to become attorney general.

Federal agents reportedly seized documents from Cohen related to several issues, including his $130,000 payment to adult-film star Stormy Daniels in the weeks leading up to the 2016 presidential election.

Trump, who in the last month has escalated his attacks on Robert Mueller's Russia investigation, said it was a "disgrace" that the FBI "broke into" his lawyer's office.

The FBI initiated the Manhattan raid after Mueller, who is authorized to investigate matters related to Russian election meddling, referred information about Cohen to New York authorities.

Trump on Monday called the unprecedented raid "an attack on our country" and tweeted later that "attorney-client privilege is dead."

Meanwhile, The Washington Times reported that Cohen is planning to invoke his Fifth Amendment right against self-incrimination in Daniels' defamation lawsuit against him. Cohen will also reportedly seek an emergency stay of that lawsuit, citing the FBI's raid and the "overlapping" ongoing criminal investigation.