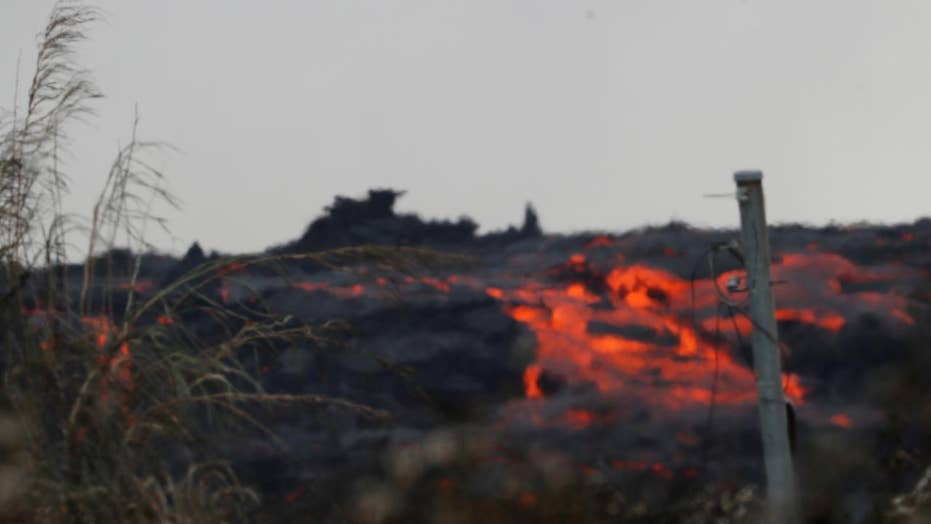 Jeff Paul reports on the damage, stress caused by volcanic eruptions in Hawaii.

Seven people who were “trying to get close-up views” in Lower Puna of the lava flows from Hawaii's Kilauea volcano will have to appear in court after being hit with citations for loitering, officials said Saturday.

The citations were handed out Friday evening and the individuals will "face charges of loitering in a disaster zone under Hawai’i County code," a news release from the state Department of Land and Natural Resources (DLNR) said.

Officers with the DLNR Division of Conservation and Resources Enforcement (DOCARE) issued the citations, officials said. DOCARE has provided help "manning check-points and conducting patrols to keep people out of dangerous areas" since the eruption started in early May, officials said.

Two men, Joseph Tomaselli, whose age and hometown were unavailable, and California resident Steven Vige, 64, were sitting in a vehicle on a road that headed toward Lava Tree State Park, the release said. Officers seized an entrance placard for the area, which belonged to Tomaselli, saying it wasn’t “being used for its intended purpose,” which was “to get personal items out during an evacuation,” officials said.

Joseph Anthony of Hong Kong also received a citation and had his camera taken away “as evidence,” officials said.

LAVA FROM KILAUEA ‘HOTTER THAN EVER’ AFTER ERUPTION, SCIENTISTS WARN

The others who were cited include two Hawaii men – Dilbert Shaw, 35, and Larrick Euband, 34 – as well as Matt Magura, 20, from Germany and Michael Eisgruber, 23, from New York, according to the news release.

The citations come roughly a month after Kilauea began spewing lava, destroying dozens of structures and forcing hundreds of evacuations.