Biden vows to use presidential power for nationwide mask mandate

Mississippi Gov. Tate Reeves pushed back against the idea of a new national coronavirus lockdown, while urging residents to follow health precautions and take the virus seriously.

“The people of Mississippi can’t just go home, shut down their small business, shut down their restaurants, shut down their gyms … and just think that you can come back six weeks from now, flip a switch and everything’s gonna be fine,” he said during an afternoon news conference on Thursday. “That’s not the way the economy works.”

The remark came in response to a recent interview in which one of President-elect Joe Biden’s COVID-19 advisers floated the idea of a four- to six-week nationwide lockdown in an effort to fight the virus’ spread in the weeks leading up to the anticipated release of a new vaccine.

“The fact is, we’re gonna try to work with whomever the president is, but we’re not gonna participate in a nationwide lockdown,” Reeves said, calling the notion of a new lockdown “totally and completely beyond reasonableness.”

He cited the steep economic toll that businesses would face under a new wide-ranging shutdown.

MISSISSIPPI GOV. TATE REEVES ON DECISION TO PARTIALLY REOPEN: 'WE HAVE TO GIVE THEM AN OPPORTUNITY TO EARN A LIVING'

President Trump, speaking during a news conference Friday afternoon at the White House Rose Garden, said his administration would push for no such national lockdown. 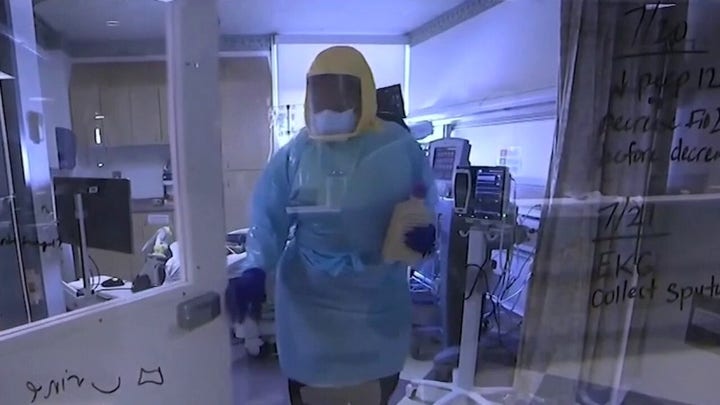 Still, Reeves noted that earlier this week he had signed a new executive order requiring masks on a county-by-county basis – areas with more than 200 cases in a two-week period or with more than 500 cases per 100,000 residents “go on the list” for mask mandates and additional COVID restrictions.

Reeves, who said his youngest daughter tested positive for the virus on Tuesday but has been doing well, did urge residents to adhere to health guidelines including social distancing, hand hygiene and mask-wearing.

“If we work together, we can truly slow the spread of this virus. There is nothing that we can do that is foolproof. There is no mitigation measure that we can do that guarantees the elimination of the virus,” Reeves said. “And so what we’re talking about is trying to attack it in a number of different ways while we do not allow for the shutdown of our economy.”

The governor’s opposition to new lockdown measures comes as some of his counterparts in other states are implementing new restrictions. In Vermont, Gov. Phil Scott ordered a ban on all “multi-household” gatherings and again shut down the state’s bars and nightclubs.