FILE - In this Aug. 1, 2018 file photo, Rudy Giuliani, an attorney for President Donald Trump, addresses a gathering during a campaign event for Eddie Edwards, who is running for the U.S. Congress, in Portsmouth, N.H. President Donald Trump will not answer any questions, written or in-person, about possible obstruction of justice, Giuliani told The Associated Press. Giulianiâs statement was the most definitive rejection yet of Special Counsel Robert Muellerâs efforts to interview the president about any efforts to block the investigation into possible coordination between his campaign and Russians. (AP Photo/Charles Krupa, File )<br> (Copyright 2018 The Associated Press. All rights reserved.)

NO APOLOGIES FROM CNN, MAINSTREAM MEDIA: CNN, MSNBC and other members of the mainstream media are not apologizing for the way they covered President Trump and the Russia collusion investigation ...Some pundits on CNN, like former Director of National Intelligence James Clapper, are defending their years of analysis while others are mostly remaining silent on their coverage. Rudy Giuliani, in a heated interview Monday with CNN's Chris Cuomo, demanded that the network apologize; Cuomo refused. Some members of the mainstream media suggested that Trump was the one who should apologize - to Robert Mueller for trashing his investigation as a "witch hunt" for two years. 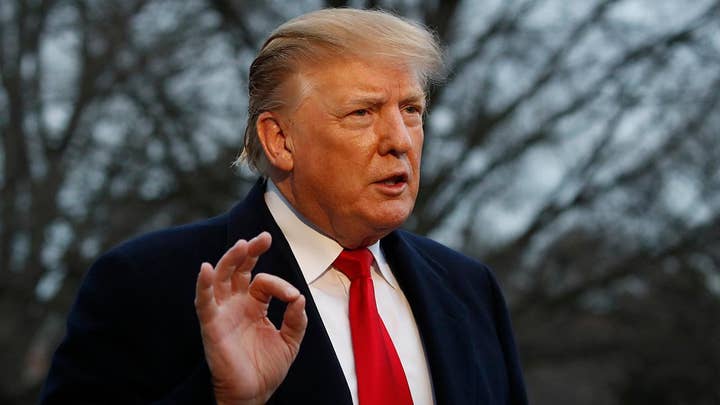 Either way, the end of the Mueller investigation is not the end of the story. Democrats want the Justice Department to release Mueller's entire report. Meanwhile, Trump allies are awaiting the results of two long-running internal probes that could expose the backstory behind the Russia probe's beginnings -- and provide more detail on documented misconduct among top FBI and DOJ officials. 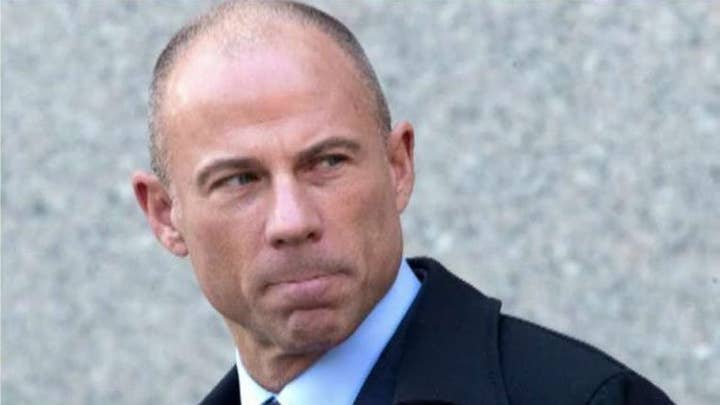 AVALANCHE OF TROUBLE FOR AVENATTI - AND HE SUGGESTS TRUMP IS TO BLAME: Michael Avenatti, former attorney for adult entertainment star Stormy Daniels, is free on $300,000 bond Tuesday as he faces serious charges in two separate federal cases in New York and Los Angeles ... In New York, he is accused of attempting to extort between $15 and $25 million from sports apparel giant Nike. A suspected co-conspirator working alongside Avenatti in the alleged extortion was identified Monday by the Associated Press and Wall Street Journal as now-former CNN contributor Mark Geragos, who has represented celebrities including Michael Jackson and more recently, "Empire" star Jussie Smollett.

In addition, Avenatti is charged with wire fraud and bank fraud in a separate case out of California. In a statement to Fox News late Monday, Avenatti suggested the California case against him is politically-motivated and has ties to the Trump administration.

FUNDS TO 'BUILD THAT WALL' OK'ED: The Pentagon notified Congress late Monday that it authorized the transfer of up to $1 billion to erect 57 miles of "pedestrian fencing" along the U.S.-Mexico border in direct support of President Trump's national emergency declaration from last month ... The fencing, which will be 18 feet high, is to be erected in the Yuma and El Paso sectors, the statement read. The Pentagon's announcement was made as Trump nears a victory over Democrats as the House tries to override his first veto, a vote that seems certain to fail and allow his declaration to stand. The vote, which is set for Tuesday, would keep Trump's border emergency declaration intact.

SEEKING THE TOTAL OVERTURN OF OBAMACARE: The Trump administration on Monday told a federal appeals court that the whole Affordable Care Act must be abolished, setting for a clash between President Trump and 2020 Democratic candidates embracing “Medicare for All” system ... Justice Department attorneys filed a letter with the U.S. Court of Appeals for the Fifth Circuit in New Orleans asking to effectively strike down the ACA in its entirety, agreeing with the landmark ruling made by a federal judge in Texas last year.

SECOND MYSTERIOUS DEATH AT DEM DONOR'S HOME RULED AN OVERDOSE: The death of second man at the West Hollywood apartment of  Democratic Party megadonor has been ruled an overdose, according to a report ... Timothy Dean, 55, was the second man found dead in the apartment of donor Ed Buck over an 18-month span. Buck has donated tens of thousands of dollars to Democratic Party candidates and is well known in LGBTQ political circles. Authorities reportedly determined that Dean died from a methamphetamine overdose. 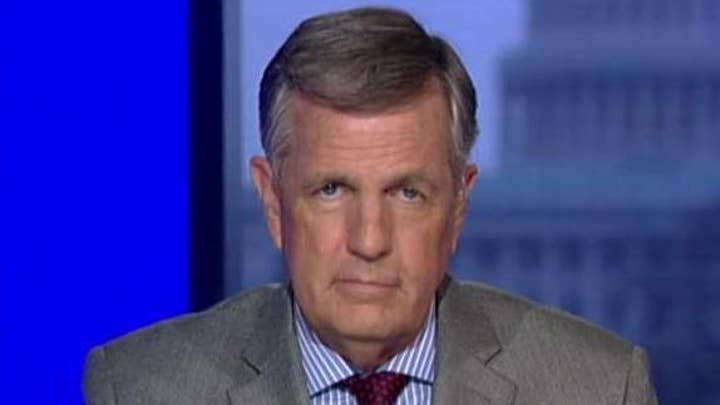 'WORST JOURNALISTIC DEBACLE OF MY LIFETIME' -  "It is the worst journalistic debacle of my lifetime and I’ve been in this business about 50 years. I’ve never seen anything quite this bad last this long. It was a terrible thing. There needs to be a lot of soul-searching among many leading members of the media today and going forward." – Brit Hume, Fox News senior political analyst, eviscerating the mainstream media's coverage of President Trump and the Russia collusion investigation. (Click the image above to watch the full video.)

Moms - Military Moms
Their spouses and children serve our country – now Rachel Campos Duffy sits down with military moms to discuss the sacrifices and challenges they face. Watch a preview of the show now.
Not a subscriber? Click here to join Fox Nation today!
Fox Nation is a subscription streaming service offering daily shows and documentaries that you can’t watch anywhere else. Watch from your phone, computer and select TV devices.

The Fox News Rundown podcast: "Mueller Report: Breakdown and Reaction" - Attorney General William Barr shared his summary of Special Counsel Robert Mueller’s report on Sunday. Rudy Giuliani, President Trump's attorney, joins the podcast to discuss what this means for the president’s legal team. Mueller’s work may be done but some Democrats say they are just getting started. Former Independent Counsel Ken Starr talks about the process of a special investigation and what to possibly expect next from Trump's political foes. Plus, commentary by Leslie Marshall,  Democratic strategist and Fox News contributor.

The Todd Starnes Show, Noon ET: Todd speaks with U.S. Rep. Jim Jordan, R-Ohio, about whether there will be more investigations after the Mueller report.

#TheFlashback
1997: The bodies of 39 members of the Heaven's Gate techno-religious cult who committed suicide are found inside a rented mansion in Rancho Santa Fe, Calif.
1989: The science-fiction TV series "Quantum Leap," starring Scott Bakula as an errant time-traveler, premieres on NBC.
1979: A peace treaty is signed by Israeli Prime Minister Menachem Begin and Egyptian President Anwar Sadat and witnessed by President Jimmy Carter at the White House.