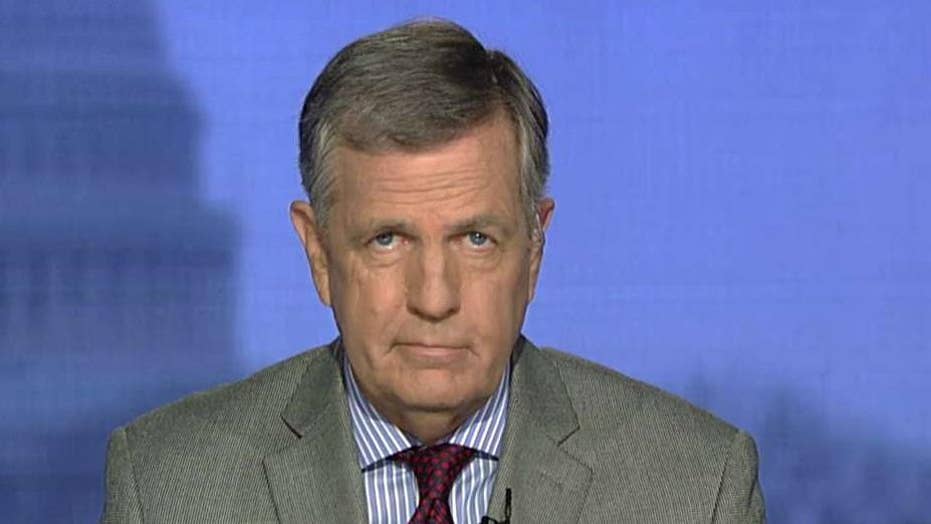 Hume slammed the media’s hyping of the narrative that Trump colluded with Russia to win the 2016 presidential election – which has unraveled following the release of findings from Robert Mueller’s investigation – on "America's Newsroom" Monday.

“It is the worst journalistic debacle of my lifetime and I’ve been in this business about 50 years,” Hume said. “I’ve never seen anything quite this bad last this long. It was a terrible thing. There needs to be a lot of soul-searching among many leading members of the media today and going forward.”

Hume said reporters, politicians and the public should “welcome any effort to go back and find out exactly how this debacle was launched.

“When I say debacle,” he continued, “I’m talking about the political accusation of collusion which occupied our media and our politics for now two years… leading to this enormous investigation which has now cleared the president on this whole collusion narrative.

“We in this business, in our business, Sandra, need to look back and say ‘how in the world did several major news organizations, networks, newspapers and so on, devote so much time to what turned out to be utterly baseless speculation’ about the most serious crime you could imagine, mounting in some cases in the accusations we heard to treason.”

And for those who were pushing that collusion narrative, Hume suggests a little humility would help, although as of Monday afternoon, he isn’t seeing much.

“I’m seeing a handful of honest, liberal journalists who have no use for Trump agreeing that this was bad reporting all the way and some of them have been doing it for some time," Hume said.

“The catalog of baseless speculation and wild accusation is very long indeed and I’m seeing very few signs of any real introspection.

“Everybody is now moving on to ‘oh well, there may be a possibility of obstruction of justice. I think that is likely to turn out to be yet another wild goose chase.”