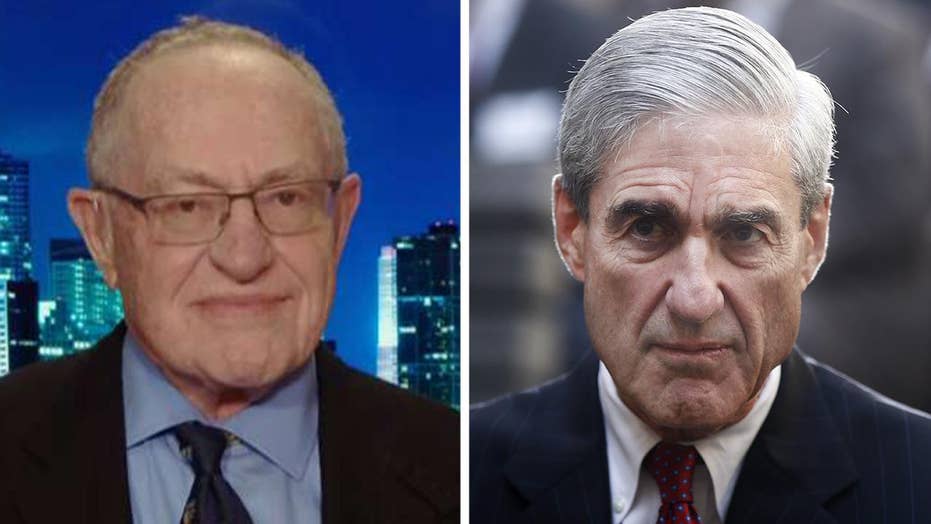 Dershowitz: Mueller was supposed to make the decision on obstruction

CNN is accused of banning one of the country’s leading legal minds from its airwaves because he would not conform to its “one-sided presentation” of Special Counsel Robert Mueller’s Russia investigation.

Former Harvard law professor Alan Dershowitz made the explosive claim during an appearance on “The Story” Monday night, before embarking on a victory lap in the wake of Mueller’s findings being made public by Attorney General William Barr.

“I have been right from day one, and almost all the other pundits and professors have just been dead wrong,” Dershowitz told Martha MacCallum.

DERSHOWITZ: MUELLER 'HEDGED,' SHOULD HAVE SAID 'UNEQUIVOCALLY' NO OBSTRUCTION

"CNN wouldn’t have me on the air because they want a one-sided presentation."

— Alan Dershowitz on "The Story"

Dershowitz continued: “CNN wouldn’t have me on the air because they want a one-sided presentation, and everybody who watches CNN was shocked by the conclusions… no one who watches me was shocked.”

Fox News contacted CNN for a response to Dershowitz’s claim.

Earlier in the day, he accused Mueller of “hedging” with his report and leaving its findings open to political debate.

“Two cheers for Mueller... He was right about collusion or conspiracy and he was right in the end about obstruction, not bringing any charges. But he was wrong not to say unequivocally, ‘look, we looked at the evidence and there is no case for obstruction,’” Dershowitz told “Fox & Friends.”

The letter stated definitively that Mueller did not establish evidence that President Trump's team or any associates of the Trump campaign had conspired with Russia to sway the 2016 election -- “despite multiple offers from Russian-affiliated individuals to assist the Trump campaign.”

The attorney general added that Mueller had written: “while this report does not conclude that the President committed a crime, it also does not exonerate him.”​

President Trump told reporters Sunday that the release of a summary of Special Counsel Robert Mueller's Russia probe findings represented a “complete and total exoneration,” calling it “an illegal takedown that failed.”