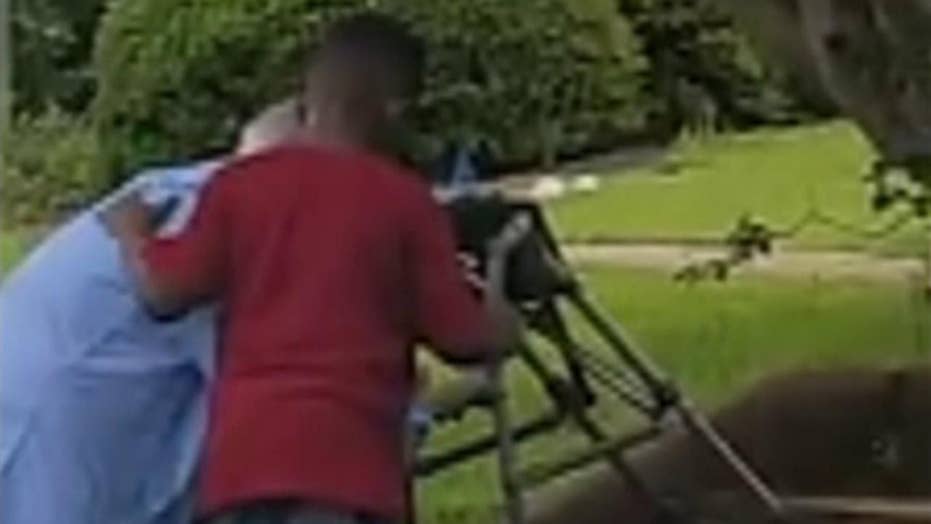 When a young boy in Milledgeville saw a woman struggling to climb a flight of stairs, he decided to help out.

A sweet moment was caught on video showing a young boy in Georgia lend a helping hand to an older woman trying to get up a set of stairs.

The 8-year-old boy, Maurice Adams Jr., noticed the elderly lady making her way across the street by herself while he was riding in the car on the way back from a high school graduation with his family, WSB-TV reported Wednesday.

"He asked, 'Can I go out there and help her up the steps?’” Contricia Hill, the boy’s mom, told the outlet.

Adams Jr. went to the woman’s aid, seen in the video helping her up a set of outdoor steps as she attempted to maneuver her walker. The pair appeared to take each step one-by-one, as the boy held onto her back. When they reached the top, the pair hugged before the 8-year-old dashed back to the car.

The elderly woman, whose identity remained a mystery, “told him that he’s special,” Hill told WSB-TV.

Adams Jr.’s mom was unaware that her son’s good deed, which was reportedly caught on camera by an onlooker, was recorded, according to the outlet.