George Zimmerman, the man who was acquitted in the 2012 shooting death of 17-year-old Trayvon Martin in Central Florida, was kicked off Tinder after he allegedly created a fake dating profile.  (Getty Images)

George Zimmerman, the man who was acquitted in the 2012 shooting death of Trayvon Martin, is apparently on the market.

However, Tinder and Bumble will not be helping him with his quest.

Zimmerman, 35, allegedly went under the name “Carter” on Tinder, according to screen grabs of his dating profile that were obtained by Creative Loafing Tampa Bay. “Carter” described himself as self-employed and as a Liberty University graduate who was “looking for carefree fun.” His profile claimed he liked to be outdoors and enjoyed fishing.

“I love adventure not into huge crowds,” his profile stated, according to the screenshots. “I’m also down for a quiet night with Longhorn take out.”

Tinder said in a statement that they removed the profile from its plaform.

“At Tinder, we take our users’ safety very seriously and our team has removed this profile from our platform,” Tinder said in a statement. 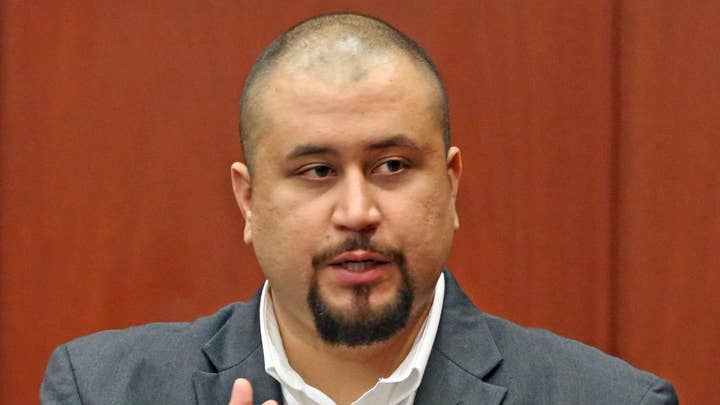 “We utilize a network of industry-leading automated and manual moderation and review tools, systems and processes – and spend millions of dollars annually to prevent, monitor and remove bad actors who have violated our Community terms and guidelines,” the statement continued.

This is not the first time Zimmerman has been kicked off a dating app. In December, Bumble “blocked and banned” him twice, according to the Orlando Sentinel.

"George Zimmerman was blocked and banned in December 2018 when we first discovered his profile and we have blocked and banned him again after we were informed by our users that he had created a new unverified profile,” a Bumble spokesperson said.

“Let’s get coffee and cake pops I’m looking for a mature and fun woman that’s ready to be loved and respected the way she deserves and is able to reciprocate,” Zimmerman wrote on his Bumble profile.

Zimmerman, a onetime neighborhood watch volunteer, fatally shot Martin, the 17-year-old unarmed black teenager who was staying at the gated townhouse community in Sanford where Zimmerman lived in 2012. He was acquitted of criminal charges in 2013.

Tinder did not immediately respond to a request for comment.