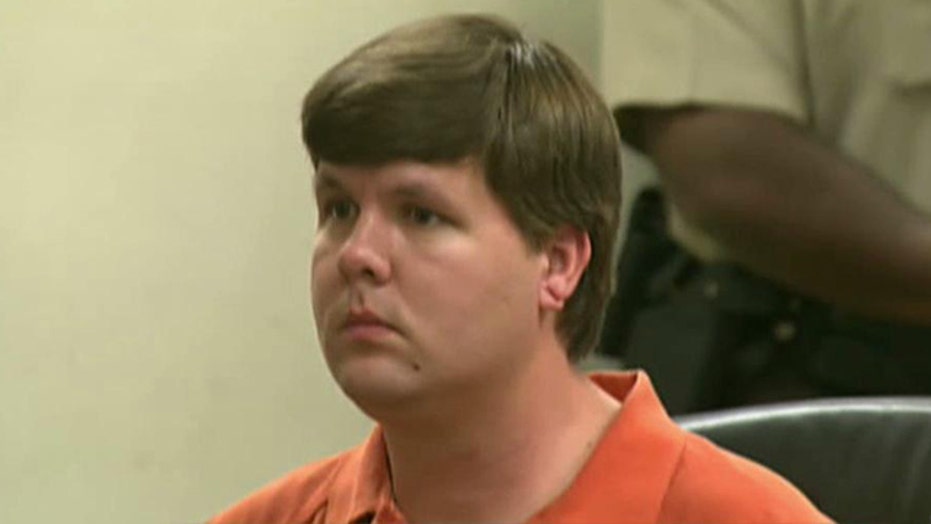 A Georgia man accused of intentionally killing his 22-month-old son by leaving him inside a hot SUV was living a double life and had been exchanging nude photos of himself with multiple women the same day his son died, a detective testified Thursday.

Cobb County Police Detective Phil Stoddard also testified at the hearing that Justin Ross Harris had been browsing websites advocating for not having children. At that same hearing, a judge refused to grant bond for Harris, meaning he will remain in jail

Stoddard described the evidence police have that suggested Harris, who is charged with murder, killed his 22-month-old son Cooper intentionally.

Harris and his wife had two life insurance policies for the toddler, one for $2,000 and one for $25,000. Furthermore, Harris' wife had become unhappy with her husband's spending habits, Stoddard said.

Harris has told police he was supposed to drive his son to day care the morning of June 18 but drove to work without realizing that his son was strapped into a car seat in the back.

Harris was exchanging nude photos with several women, including teenagers, even on the day his son died when he was at work, Stoddard said. In the weeks before the boy's death, the man had done an Internet search for "how to survive in prison," the detective said.

Stoddard also said that Harris had twice viewed a video about children dying in cars, The Atlanta-Journal Constitution reported. The last time Harris viewed the video was June 13, less than a week before his son died.

"I think the evidence now is showing intent," Stoddard said. He said Harris should remain in jail because he is a flight risk: There is evidence he was leading a double life, he has family in Alabama, and the former 911 dispatcher has law enforcement experience.

The detective said after the boy died, Harris showed no emotion while being interviewed by investigators.

“Harris is walking around, rubbing his eyes, look like he’s trying to hyperventilate," Stoddard testified, according to The Atlanta-Journal Constitution. "Then nothing. No tears, no real emotion."

At one point after Harris pulled over with the dead child in a strip mall parking lot, an officer told Harris to get off his cellphone, Stoddard said. Harris twice refused, using profanity, and was then arrested.

Scores of reporters and some curious members of the public were at the hearing just outside Atlanta, where police and prosecutors laid out the most detailed account yet of their case against Harris. Some of Harris' supporters also were in the courtroom.

Stoddard also described Harris' account of what happened that morning. Harris portrayed himself to investigators as a doting father who always kissed his son when he strapped him into the car seat because "he wanted Cooper to know his daddy loves him," the detective said.

Harris told police he had watched cartoons in bed with the boy, then had breakfast with him at a Chick-fil-A restaurant. Harris said he forgot to drop the boy off at day care, instead driving straight to work.

Harris has said he did not realize the boy was still in the car until he left work. A defense witness testified that Harris appeared to be extremely upset after pulling into the parking lot, trying to do CPR on his son.