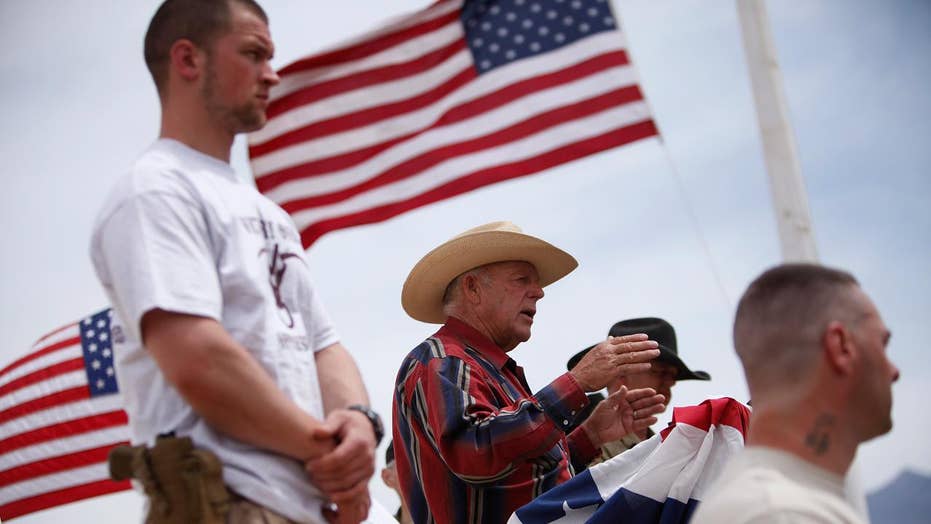 The retrial comes after a hung jury in April couldn't decide to convict.

A federal jury in Las Vegas declined Tuesday to convict four defenders of Cliven Bundy's Nevada ranch who were accused of assaulting and threatening federal agents by wielding weapons during a 2014 confrontation.

The surprise ruling to acquit Ricky Lovelien and Steven Stewart of all 10 charges, and rule not guilty on most charges against Eric Parker and Scott Drexler, is considered a major setback for federal prosecutors attempting to try Bundy and his two adult sons later this year.

The jury deliberated for four days following 20 days of testimony. None of the defendants were found guilty of the conspiracy charge accusing them of plotting with the Bundy family to create a militia force to prevent lawful enforcement of court orders to remove the family's cattle.

The four men were photographed carrying assault-style weapons during the standoff near the Nevada town of Bunkerville. Were they found guilty, they could have faced decades in prison.

Following the jury's decision, Chief U.S. District Judge Gloria Navarro asked to release Lovelien and Stewart immediately, while Parker and Drexler will await their Wednesday morning hearings to find out whether they will remain in jail pending another trial by the government.

A group of more than 30 people attending the court session celebrated the jury's decision.

A Montana resident, John Lamb, who attended almost every trial session in the last five weeks said the ruling shows that people are "not going to put up with tyranny."

Carol Bundy, the family's matriarch, said outside court that "They've been tried twice and found not guilty," adding that "We the people are not guilty."

The group was first tried earlier this year -- with a trial ending in April -- but the jury wasn't able reach verdicts against the four individuals.

In the same trial, however, another two Cliven Bundy ranch standoff participants, Gregory Burleson and Todd Engel, were found guilty on some charges.

According to prosecutors, the six were considered the least guilty of 19 people arrested in 2016 and charged in the case that includes Bundy family members.