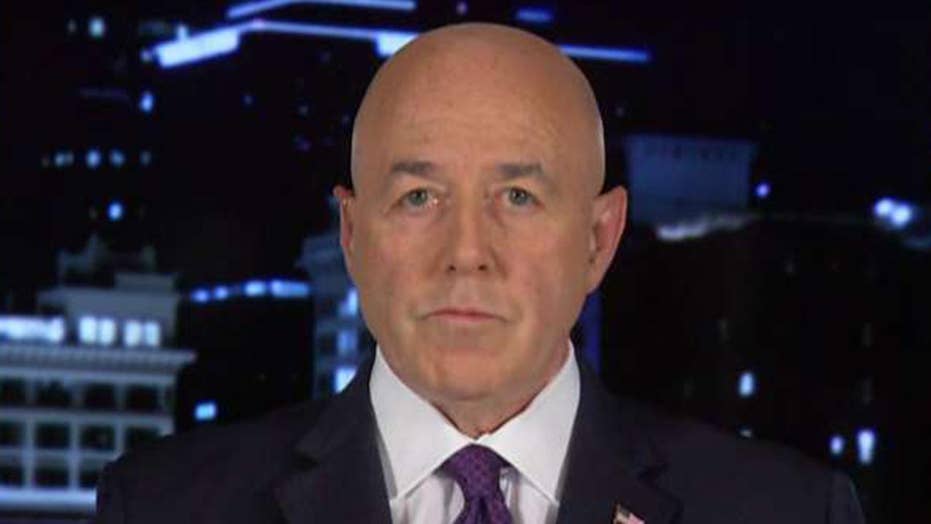 Andy Ngo, a reporter for the conservative-leaning publication Quillette, was attacked by members of the anti-fascism group Antifa on Saturday when far-left antifascists clashed with far-right Proud Boys.

“I think they should be designated as a terror group, a domestic terror group,” Kerik told anchor Brian Kilmeade, who was filling in for Tucker Carlson. Kerik equated Antifa to radical left militant organizations in the 60s, 70s and 80s like the Black Liberation army, the Black Panther Party and Weather Underground.

Ngo posted images of the aftermath on Twitter — showing cuts and bruises on his face. Some reports said he was hospitalized for a “bleeding braining” following the alleged attack. He said attackers also stole his camera equipment.

Kerik also said he was “appalled” at the Portland Police Department for not being more “active, preemptive and reactive” to Antifa gatherings in the city. He said he knows from his experience as police commissioner that the department knows in advance where protests will be held and roughly how many people will be there.

“I can tell you under Rudy Giuliani back when I was police commissioner, this would be absolutely all hands on deck to make sure this didn’t happen,” he said. Kerik went on to say that attacks in which journalists are “severely beaten, not just smacked around” seem to be growing in states with Democratic governors and cities with Democratic mayors.

“They knock people off the air, off of social media these conservative just for a comment,” Kerik said of bias toward conservatives. “I watched these beat downs, dozens of different videos on anti-conservative sites over the last four or five days. Just outrageous,” he said.