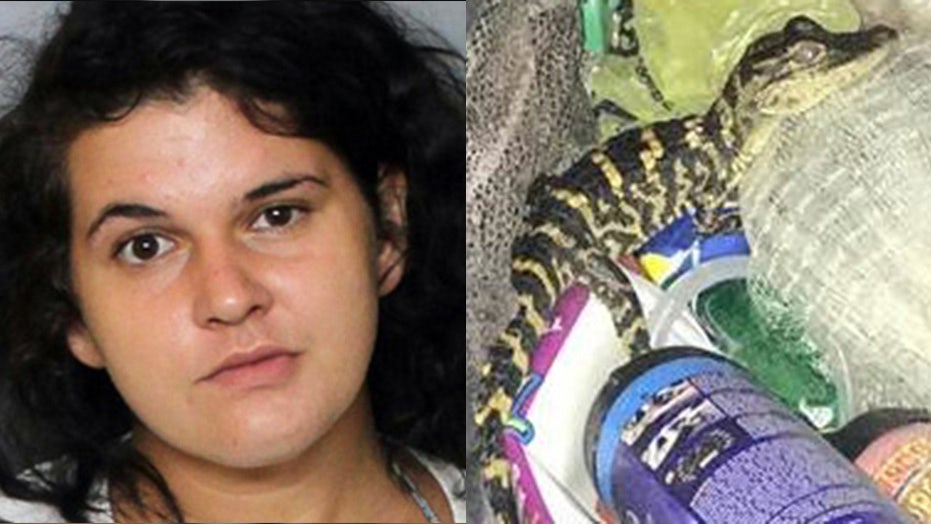 A Florida woman who pulled an alligator out of her yoga pants during a traffic stop pleaded guilty to illegally possessing wild animals and was sentenced to probation, authorities said last week.

Ariel Machan-Le Quire, 25, was in the passenger seat of a car pulled over in May for running a stop sign in Punta Gorda, the Charlotte County Sheriff’s Office said at the time. Machan-Le Quire, along with 22-year-old driver Michael Clemons, initially claimed they were trying to collect snakes and frogs from underneath an overpass.

The deputy was given permission to search the bags in the trunk and subsequently found 41 3-stripe turtles in a “Teenage Mutant Ninja Turtle” backpack. When the deputy asked if the pair had anything else, Machan-Le Quire pulled out a 1-foot alligator from her pants.

Machan-Le Quire was arrested in July when she failed to appear in court, the Miami Herald reported. (Charlotte County Sheriff’s Office)

She was sentenced Wednesday to six months’ probation, 200 hours of community service, and was ordered to donate $500 to the Florida Fish and Wildlife Conservation Committee, the agency that took over the case following the deputy's discovery, the paper reported.

Charges against Clemons were pending.