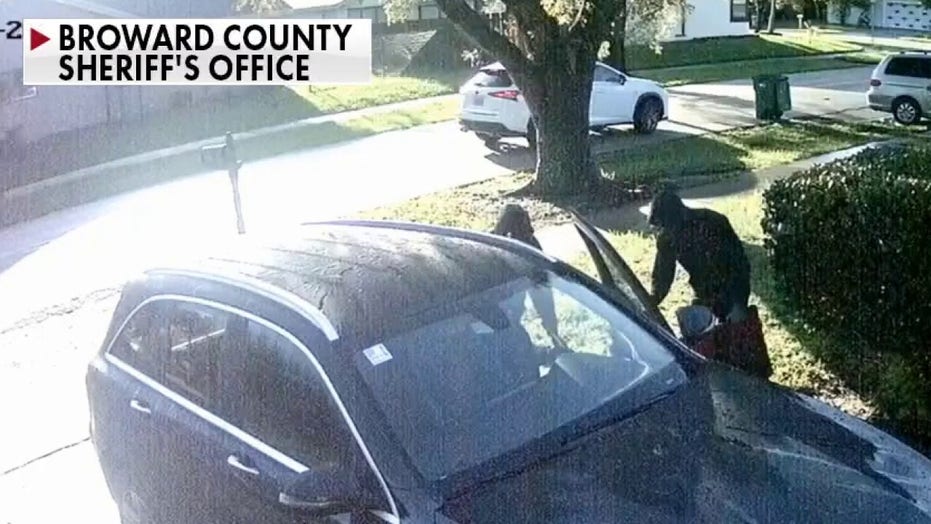 Masked gunmen ambushed a woman in her driveway and forced her inside her home, where they tied her up and ransacked the residence

Two masked men in Florida were caught on camera as they ambushed a woman in her driveway and forced her at gunpoint to open her house, where they tied her up and ransacked the residence, authorities said Wednesday.

The woman was leaving her home in Tamarac around 9 a.m. Monday when two men dressed in all black jumped out of a 2019 or 2020 white Lexus SUV, the Broward Sheriff’s Office said. Detectives said the men appeared to be wearing “dark colored, shiny, plastic skull masks.”

While the two men were inside, a female suspect was caught on a doorbell camera walking up to the front door.

The female suspect, who also wore dark-colored clothing and a hair wrap, opened the door and spoke Creole before closing the door and wiping the handle down with her sleeve, investigators said.

The three suspects made off with items valued at approximately $2,700, according to the sheriff’s office.

Detectives are asking for the public’s help in identifying the three suspects.