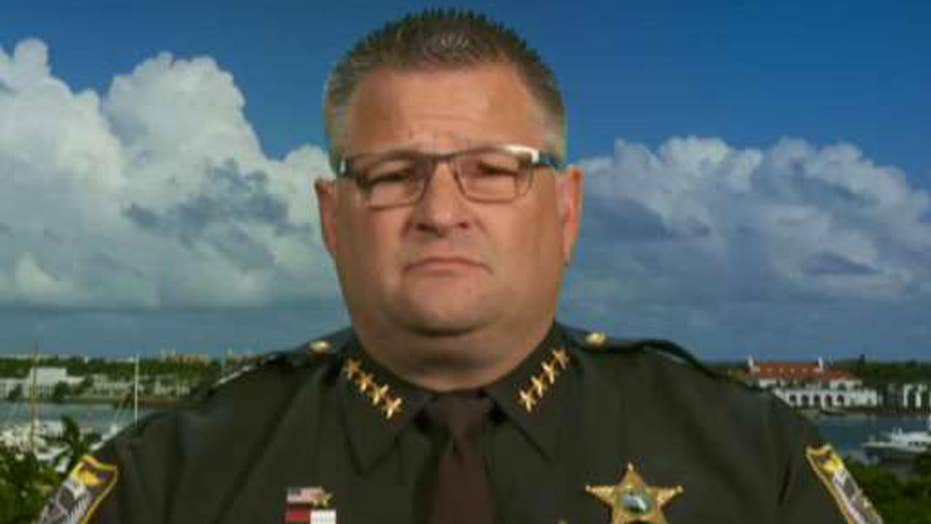 Sheriff urges citizens to arm themselves in case of attack

Florida sheriff speaks out about terrorism on 'Fox & Friends'

A Florida sheriff who posted a controversial message on social media urging citizens to arm themselves in self-defense said Monday the response has been overwhelmingly positive.

“Less than one percent of the people on Facebook disliked it,” Brevard County Sheriff Wayne Ivey told Fox & Friends. “Everybody else loved it and the comments were overwhelmingly positive.”

Ivey posted the video on Facebook Wednesday two days after a deadly workplace shooting in nearby Orlando killed five people.

“Folks, now more than ever is the time for our citizens to be prepared to serve as the first line of defense, not only for them, but for their families,” Ivey said in the video.

“The video was about preparedness,” Ivey said on Fox & Friends. “We want our citizens to understand that there’s no way to prepare where the next attack is coming from, even the next active shooter."

The sheriff said the best law enforcement agencies in the country have response times in the minutes but a violent criminal “can take you in a second.”

“So we need our citizens to be well prepared, to have already though out their emergency plan,” Ivey said. “If they’re concealed carry holders, carry their gun with them. It’s not doing any good at the house or in the car.”