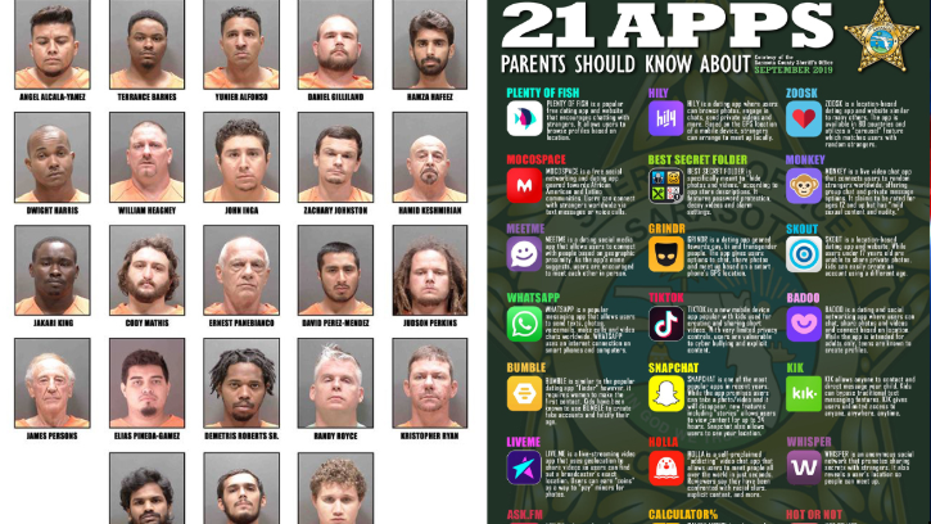 Florida deputies arrested 23 suspected child predators and human traffickers during a recent four-day sting operation, all of which used online applications to seek out children, police said, according to Fox 13.

“Operation Intercept VII” targeted people who allegedly traveled to the county to meet minors for sex. The suspects arrested were between the ages of 21 and 77.

Those arrested allegedly responded to online ads, apps and social media websites, believing they were talking to children, but those "children" were actually undercover detectives. Police say one man sent over 90 sexually explicit photos to the detective.

The detectives provided an address for meet-ups, where authorities would be waiting. Deputies said several men brought condoms, one brought candy and one brought a sex toy.

“I wish I could say these operations were no longer needed but time and time again, even after we make dozens of arrests, these men keep coming back for more,” Sarasota County Sheriff Knight said in a press conference, according to Fox 13. “In this digital world we live in, innocent children are far too accessible to predators. That is why, as parents, we have to get serious about prevention. Parents are the first line of defense and we will never stop reminding our community of that.”

The sheriff’s office previously released a list of 15 apps about which parents should be leery. The apps, officials said, are often used by predators looking for children.

On Friday, investigators added yet more apps to that list.

The list included common dating apps such as Bumble, Grindr, Plenty of Fish and Zoosk. It also included messaging apps such as Snapchat, Whatsapp and Kik, and TikTok, an app beloved by Gen Z which allows users to create and share short videos.