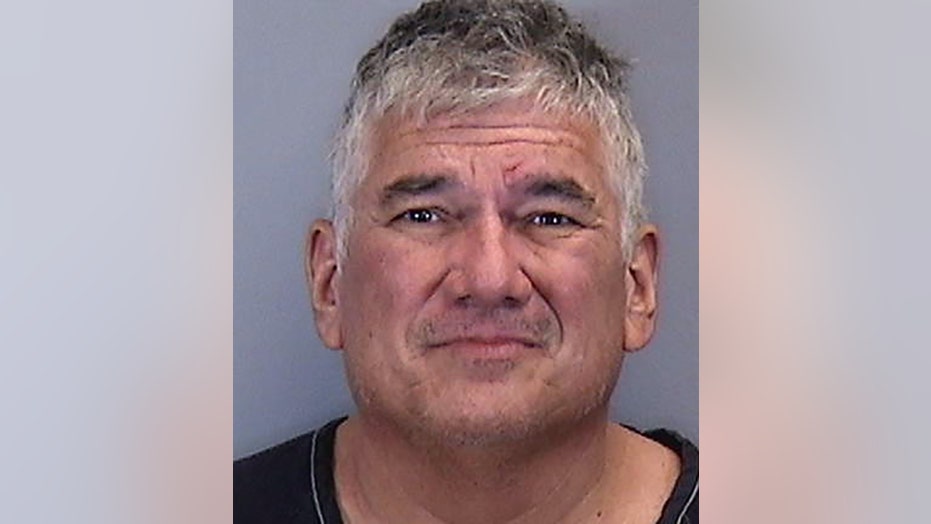 A Florida man upset over late-arriving furniture allegedly pulled a gun on the delivery crew, telling them, “I’ve shot people for less."

Mitchell Helton, 55, pointed a gun at the men as they unloaded the furniture at his house in Bradenton on Saturday, the Bradenton Herald reported Tuesday, citing police sources.

FLORIDA WOMAN FIGHTS OFF HOME INTRUDER, TELLS HIM 'I'M NOT YOUR MAMA'

The men tried to de-escalate the situation and explained how Helton could file a formal complaint about the late arrival and continued delivering the furniture, the report said.

Helton was released on $5,000 bond on Tuesday, according to arrest records. (Manatee County Sheriff's Office)

But the delivery crew later called the Manatee County Sheriff’s Office, who arrested Helton. He couldn't provide a consistent story to police about why he confronted the men with a gun, the Herald reported.

Helton was charged with two counts of aggravated assault, according to arrest records. He was released from the Manatee County jail Tuesday on $5,000 bond.