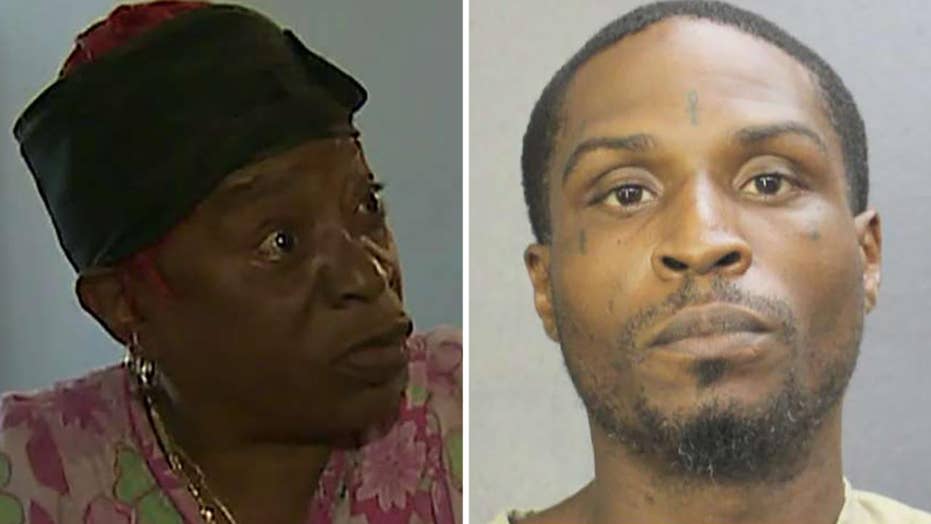 Florida woman fights off home intruder: 'Get out of my house!'

A suspect is behind bars in Fort Lauderdale, Florida after resident Alice Colmean says she bit a man trying to enter her house.

A woman in Florida got a rude awakening on Monday when she went to go check on a fire alarm and ended up in a fight for her life.

Alice Coleman said she woke up to a fire alarm going off and opened the front door of her Fort Lauderdale apartment to see what was happening. But that's when Fort Lauderdale police said 34-year-old Fitzroy Morton confronted her.

“He was telling me, ‘No, mama. Everything gon’ be all right,'” Coleman told WSVN. “‘Everything’s not going to be all right. I’m not your mama. I don’t know who you are. Get out of my house.'"

Morton then tried to push his way into Coleman's apartment armed with "a big butcher knife," the 61-year-old told WSVN.

“I was able to bite him, and I didn’t even have my teeth in my mouth like now,” Coleman told the television station. “My brother said, ‘How did you bite him?’ I said, ‘With the little teeth I got, I bit him!’ I felt some kind of danger. I sensed it, and I seen that look on his face. My life were in danger.”

Coleman said she was eventually able to fight off Morton and run out of her apartment.

“I ran out, and when I ran out, he locked himself in here,” Coleman told WSVN. “Locked me outta my own place.”

The 61-year-old was able to run to a neighbor's home and call police. Authorities took Morton into custody shortly after.

Broward County Jail records show the 34-year-old faces three felony charges, including two counts of burglary and false imprisonment. Morton appeared in court on Tuesday, where a judge denied bond, according to WSVN.

Coleman said now when she opens her front door, she'll have a different plan going forward.

“I’ll be more careful from now on when I open my door,” she said Tuesday. “I’ll open my door with my Taser, because I have one.”