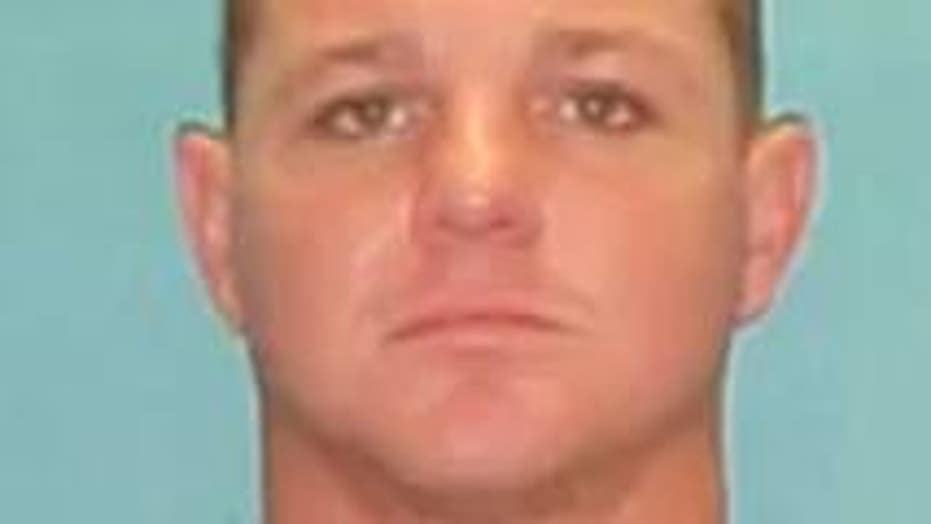 A Florida dad who was convicted of accidentally firing a gun that killed a teenage girl is now charged in a second accidental shooting that critically wounded his 9-year-old daughter, police said.

Dustin Adkins, 34, is a convicted felon who is currently on probation for accidentally discharging a gun that went through a wall and killed a 13-year-old girl in December 2011, according to police.

Adkins was arrested Saturday and held without bail at the Brevard County Jail Complex, Florida Today reported. He is facing child neglect and felony weapons charges in connection with a shooting over the weekend that left his daughter in critical but stable condition, police said.

The terms of the case prohibited him from possessing guns, Orlando’s Fox 35 reported. But on Saturday, Adkins allegedly brought four children -- including his daughter -- into a wooded area in Titusville and let them play with four firearms, the report said.

Police say Adkins left the children unsupervised while he checked on a hog trap. When he returned, one of the children had accidentally shot his daughter, according to police.

Rather than calling 911, which could’ve sent an ambulance or advised him to go to a nearby fire station, Adkins transported the 9-year-old himself to a hospital on the other side of the city, Titusville Police Deputy Chief Todd Hutchinson said.

"This is completely outrageous to all of us," Hutchinson said. "When I explained the facts to other members of the command staff, they had me repeat myself several times because they couldn’t believe the facts were correct."

The firearms were hidden in the brush, police said. It wasn’t immediately clear who they were registered to.

"On a personal note, we are all extremely hopeful that the criminal justice system will keep this man away from guns and kids in the future until he pays the price," Hutchinson added.