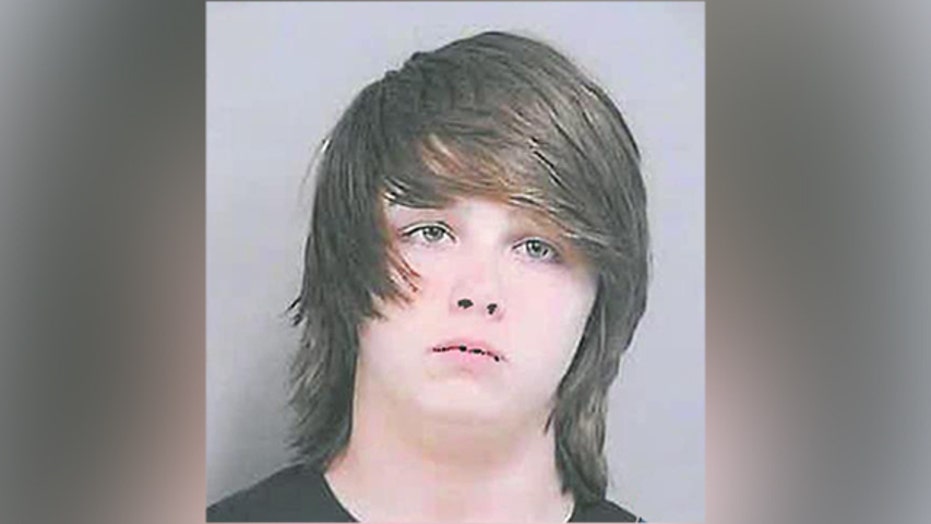 A Florida eighth-grader has been arrested on a felony charge after playing a prank on a teacher he didn't like, officials said Sunday.

Authorities say 14-year-old Domanik Green broke into a school computer at the Paul R. Smith Middle School in Holiday and changed the background of the teacher’s computer to one that displayed an image of two men kissing, the Tampa Bay Times reported.

Pasco County Sheriff Chris Nocco told reporters Thursday there was nothing amusing about what Green did. He said the boy hacked into a computer containing the 2014 standardized test Florida administers to students in all its public schools.

“Even though some might say this is just a teenage prank, who knows what this teenager might have done,” he said.

The Pasco County youth, who was suspended from school for 10 days, was charged with computer hacking. A spokesman for Nocco told FoxNews.com Sunday that the felony charge means the boy is being charged as an adult.

After his arrest, the teen was taken to the Land O’Lakes Detention Center. He was released from the jail to the custody of his mother.

Green told the Times he logged off the computer with the test because it didn't have a camera.

“So I logged out of that computer and logged into a differing one and I logged into a teacher’s computer who I didn’t like and tried putting inappropriate pictures onto his computer to annoy him,” the boy said.

He knew the computer password was a teacher’s last name after watching a teacher type it in.

The target of the prank was not in school the day of the hacking. A substitute teacher reported Green after seeing the offending image on the teacher’s computer.

A sheriff's detective told the Times the teen will likely enter a program for first-time offenders that would wipe the charge from his record while he undergoes supervision.