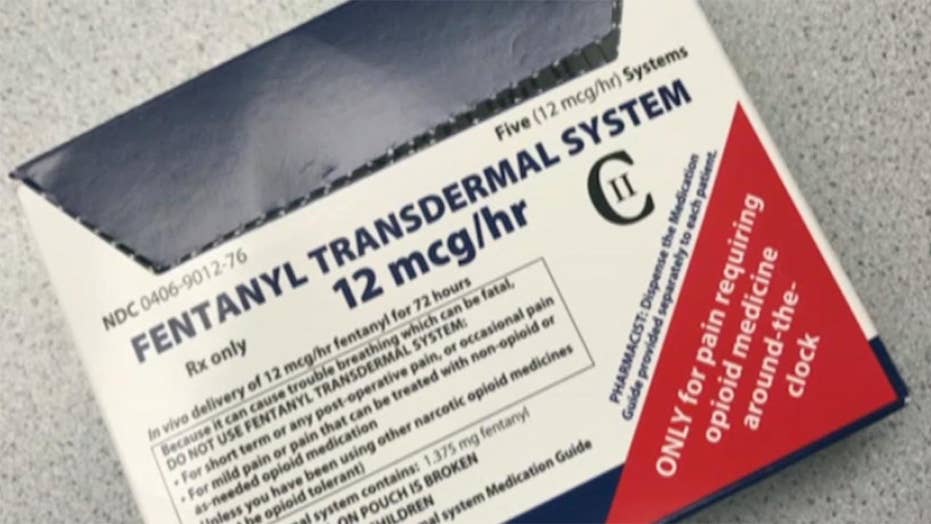 Fentanyl could have killed entire states in US this year

At 2-3 milligrams per lethal dose, officials are worried this year's busts could kill entire state populations.

Police who busted a fentanyl ring in Columbus, Ohio found enough of the drug to kill the population of the entire city, prosecutors told Fox News.

Investigators ended up finding 4.5 pounds of fentanyl in a drug bust in October, which could have wiped out the city of about 800,000 residents.

But that's not even close to what was found in the Ohio capital the following month when police seized 20 pounds of pure fentanyl.

“So it would probably be enough to kill all, the entire population in the state of Ohio,” Franklin County Prosecutor Ron O’Brien said.

Ohio has 11.6 million residents and, at 2 to 3 milligrams per lethal dose, the amount of fentanyl discovered in the November bust could potentially kill more than 9 million people.

"Two or three milligrams of fentanyl is not much more than five or six small grains of salt," O’Brien said.

But the epidemic goes beyond Ohio. Some of the major opioid busts this year could have killed the entire populations of several states.

In San Diego, close to 100 pounds of fentanyl were seized in June, enough to kill the combined residents of New York, New Hampshire and Maine -- 22.4 million people. In St. Louis, nearly 60 pounds of pure fentanyl found in April could have killed 13.6 million people.

O’Brien said he knows the issue of opioid abuse extends beyond his city.

“That’s occurring not only here but across the country,” he told Fox News.

The Center for Disease Control’s latest drug report stated more than 33,000 people died from opioid-related drug overdoses in 2015. Close to 10,000 of them were from synthetic opioids such as fentanyl.

Researchers say the issue has moved beyond prescription opioids.

“We’ve tried to curtail the supply of prescription opioids but that has led users to move to illicit drugs like heroin and fentanyl," Michael Betz, an assistant professor in the Department of Human Sciences at Ohio State University, told Fox News.

The ongoing battle against the epidemic is costing Ohio residents between $6.6 and 8.8 billion per year, Betz told Fox News.

"That's roughly what the state of Ohio spends on its education for K through 12," he said.

“How do you stop illegal supplies of illicit drugs?” he said. “I’m not sure we have many good answers to that right now.”