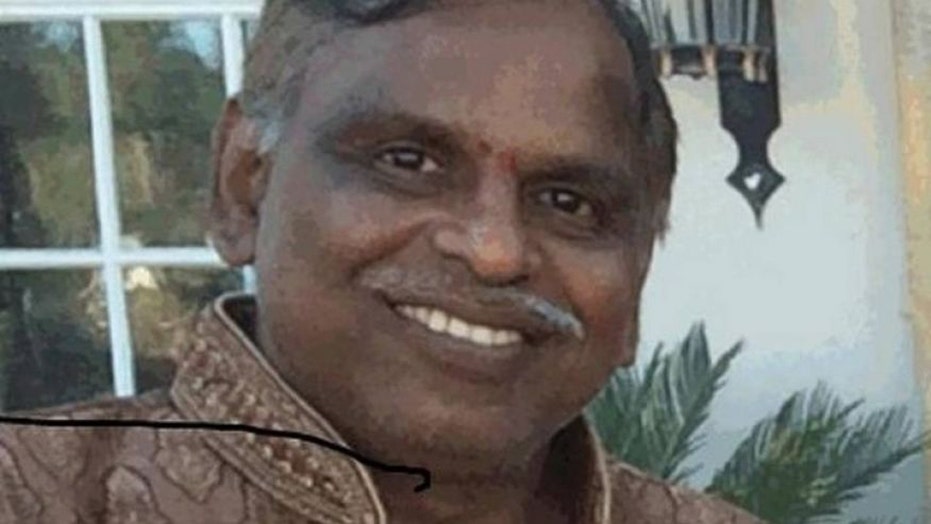 Father of the bride vanishes after daughter's wedding

55-year-old seen walking away from reception in California; police classify him as 'voluntary missing person'

The body of a man who traveled to California from India to watch his daughter get married was found in a waterway more than a week after he vanished from the wedding reception, authorities said Monday.

The Sacramento County coroner confirmed that authorities had found the body of Prasad Moparti, 55, in a slough about five miles downstream from where he was last seen alive Feb. 13.

Moparti had traveled from his home in central India to his daughter’s Los Angeles home in January. Family members say he walked away from the wedding reception in Walnut Grove, 30 miles south of Sacramento, at about 4 p.m. He was reported missing a few hours later.

The coroner hasn’t determined a cause of death, but investigators say foul play is not suspected.

Sacramento County Sherif’s Sgt. Tony Turnbull said Moparti was unfamiliar with the area and was last seen walking toward a bridge spanning the slough.

"Family members further indicated Moparti suffered from depression, and that he showed indicators of his depression leading up to the wedding," Turnbull said.

Durga Moparti, Prasad's daughter, told Fox 40 that he wasn’t doing well, may have been depressed and wanted to return to India.

"I believe that he was just walking and he fell unconscious, and he just tripped or something like that, but I'm really not sure what happened, and this seems like a total mystery," Moparti said.

Authorities called off a land, water and air search for Moparti three days after he disappeared.