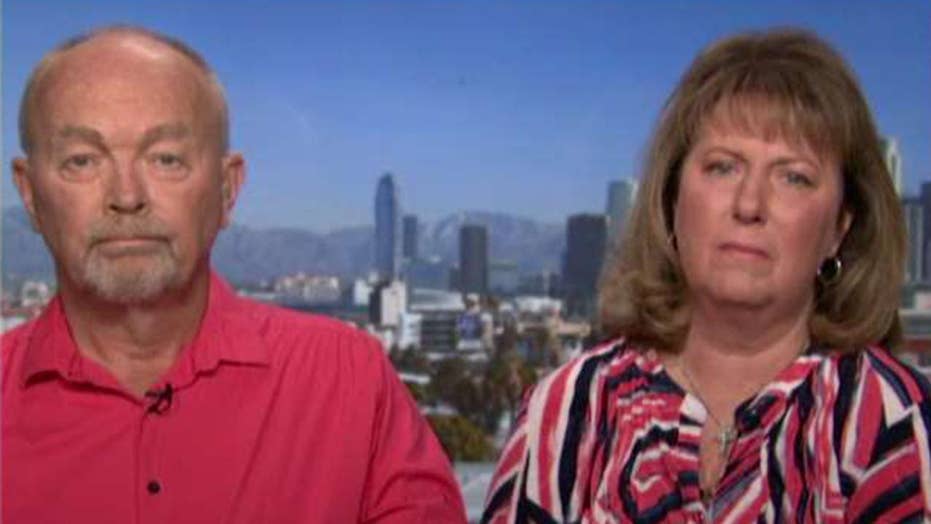 Parents of tourist killed in Mexico: We did everything right

Kris and Krista Meyer, whose son Taylor was stabbed to death while vacationing with friends in Playa del Carmen, call for an FBI investigation amid concerns that the Mexican government may be downplaying the case to protect tourism.

The father of a California man who was killed while vacationing in Mexico last year recently spotted a potential clue that could help investigators locate his son's killers.

Kris Meyer was recently closing out his late son Taylor’s bank account, he said, when he spotted two suspicious transactions from Dec. 7 from Oklahoma City banks, KNBC-TV in Los Angeles reported. On Friday, Oklahoma City police released security photos of a man and woman at an ATM drive-thru trying to use Taylor Meyer's credit card.

Taylor Meyer, 27, was robbed and stabbed to death in November while in Playa del Carmen, Mexico, celebrating a friend's 30th birthday. The grieving father believes his son was killed after withdrawing money from an ATM.

“Witnesses saw three people attack him," Meyer told FOX Nation's "No Interruption," earlier this year. "They stabbed him, took his wallet, his iPhone, his watch and his shoes."

Taylor Meyer, 27, was robbed and stabbed to death in November while in Playa del Carmen, Mexico celebrating a friends 30th birthday.

He told the Los Angeles station he forgives the killer, or killers, but wants them brought to justice.

"I think it was a cruel thing obviously, I would like justice, but I really don't want anyone else murdered in Mexico," Meyer said.