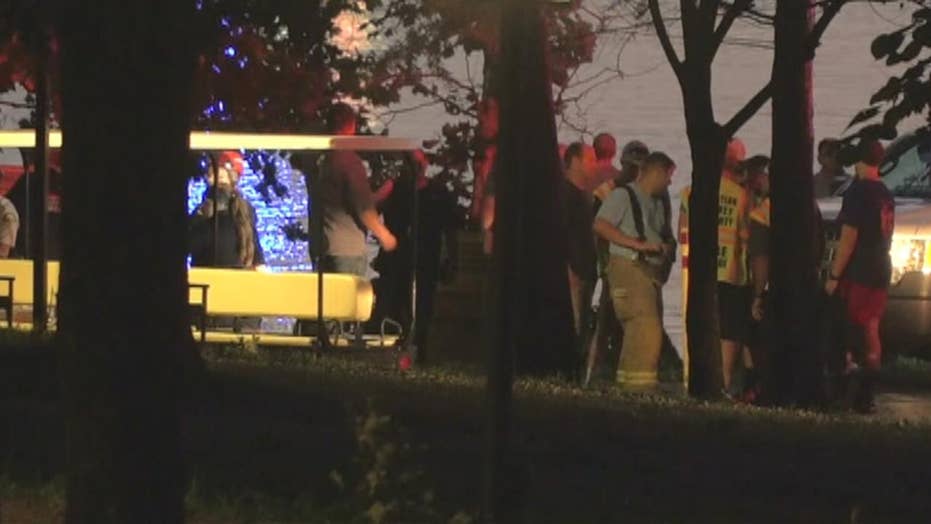 At least 13 dead, 4 missing and several more hospitalized after winds flip a tourist boat in Missouri.

Some of the dead were children, officials said.

At least seven people -- four adults and three children -- were hospitalized after the tragedy on Table Rock Lake, said Brandei Clifton, a spokeswoman for the Cox Medical Center Branson. Two adults were in critical condition and others were being treated for minor injuries, officials said.

An off-duty sheriff's deputy who was on the boat at the time immediately stepped into action, helping save several people who'd been thrown overboard, Rader said.

Multiple dive teams from different law enforcement agencies were assisting in rescue and recovery efforts that were paused late in the evening and were due to resume in the morning, the St. Louis Post-Dispatch reported, citing Rader. By 6:30 a.m. Central time, the search had not yet resumed.

National Weather Service meteorologist Steve Linderberg said a top wind speed of 63 mph was measured around 7 p.m. Thursday at Branson Airport, and the winds were likely stronger over the lake. Videos from the scene showed choppy, violent waves rolling through the water.

"There's nothing to slow down winds in an open area," Linderberg said.

According to investigators, the boat sank into the lake where it remains, WGN9 reported.

Missouri Gov. Mike Parson tweeted his prayers for “all those involved.”

The "Ride the Ducks" website says the excursion is a "70-minute guided amphibious tour that takes guests through the scenic Ozarks on both land and water."

"We are deeply saddened by the tragic accident that occurred this evening at Ride The Ducks Branson..." a spokeswoman said in a statement to the media. "This incident has deeply affected all of us."

Duck boats, known for their ability to travel on land and in water, have been involved in other deadly incidents in the past. Five college students were killed when a boat collided with a bus in Seattle in 2015, and 13 people died after a boat sank near Hot Springs, Arkansas in 1999.

Since 1999, 37 people have been killed in duck boat accidents, with 24 of those coming just from the Hot Springs accident and Thursday night's disaster.