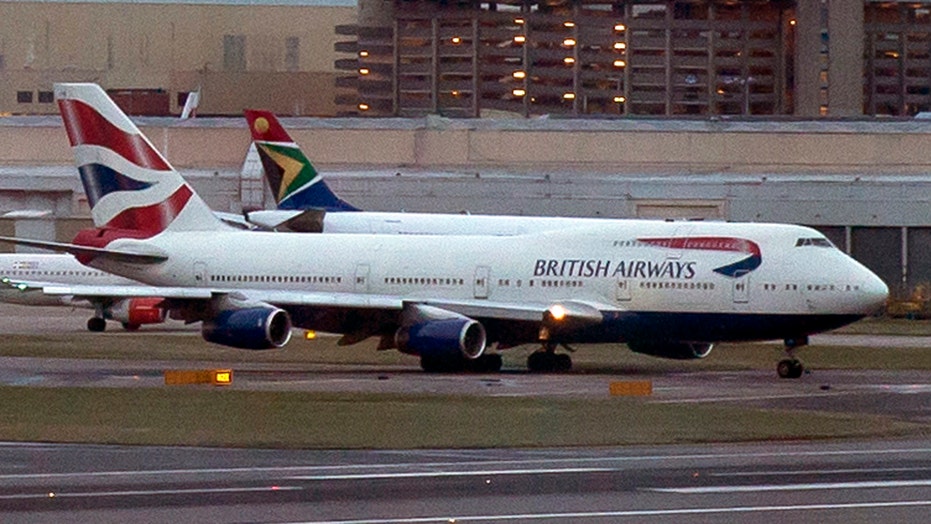 Terrorists and drone manufacturers are locked in a high-stakes technology war, with jihadis trying to transform unmanned aerial vehicles into flying weapons and drone companies working to thwart the Islamists, experts told FoxNews.com.

The conflict came to the forefront this week after a drone collided with a British Airways flight landing at London’s Heathrow Airport on Sunday afternoon. Although no one was hurt and officials have not called the incident an act of terrorism, the following day, SITE Intelligence Group reported that terrorists were using a secure messaging app to encourage the use of drones to take out commercial planes.

“It would be like trying to hit a bullet with a bullet,” Lisberg said. “It would be incredibly difficult. It would be an unprecedented act of marksmanship to fly one of our consumer drones deliberately into a moving aircraft at high speed.”

Even if a terrorist isn’t an eagle-eyed operator, however, there’s still the potential to create havoc simply by flying a drone close to an aircraft. The Department of Homeland Security issued a terror warning concerning drones after pilots at John F. Kennedy International Airport in New York spotted three drones in three days in August. In two years, there have been more than 240 near-collisions between drones and planes nationwide, according to a December report from the Federal Aviation Administration.

“You should never look at a technological solution as a panacea for anything.”

And despite its confidence in the odds, even DJI isn’t about to merely trust chance.

That’s why the company installs advanced geofencing software in its drones to “prevent inadvertent incursions.” The software, which ensures the vehicle cannot be operated in certain sensitive spaces, is able to be updated based on changing circumstances. For instance, when the pope or another visiting dignitary visits a city, DJI can send out instructions limiting flights in the area. If fire crews are using planes and helicopters to extinguish forest fires out west, DJI can create a boundary around the fire zone so no drones inadvertently interfere with emergency responders’ efforts.

Savvy terrorists, too, can be expected to try to find a way to disable geofencing software for their nefarious ends.

“Ask people who work in computer security – no matter what you come up with, some clever kid will try to find a way to defeat it,” Lisberg said. “You should never look at a technological solution as a panacea for anything.”