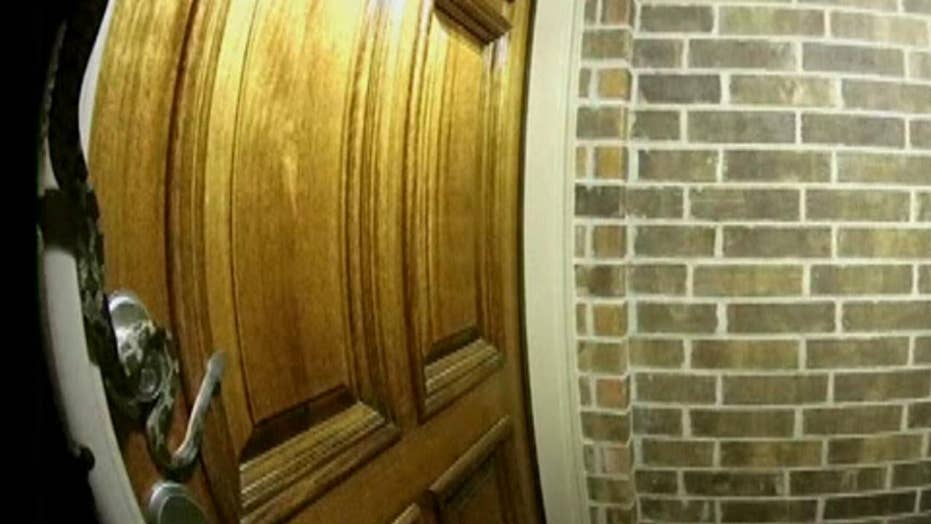 A Texas woman says she received an alert that someone was at her door, only to see images of a snake.

Surveillance footage at a Texas home on Tuesday captured a creepy visitor trying to slither its way in.

Allison Keller, of Spring, said she was inside her house when she received an alert that someone was at her door, KXAS-TV reported. She checked the doorbell camera with her cell phone when she found a large snake on her front door.

Video shows the snake slithering from a brick wall to the wooden door, through the key hole and down to the door's handle.

The snake almost falls down a couple times but perseveres, and continues to make its way over the door.

A reptile expert told KXAS that the snake is likely a rat snake, which is common in Texas and not venomous.