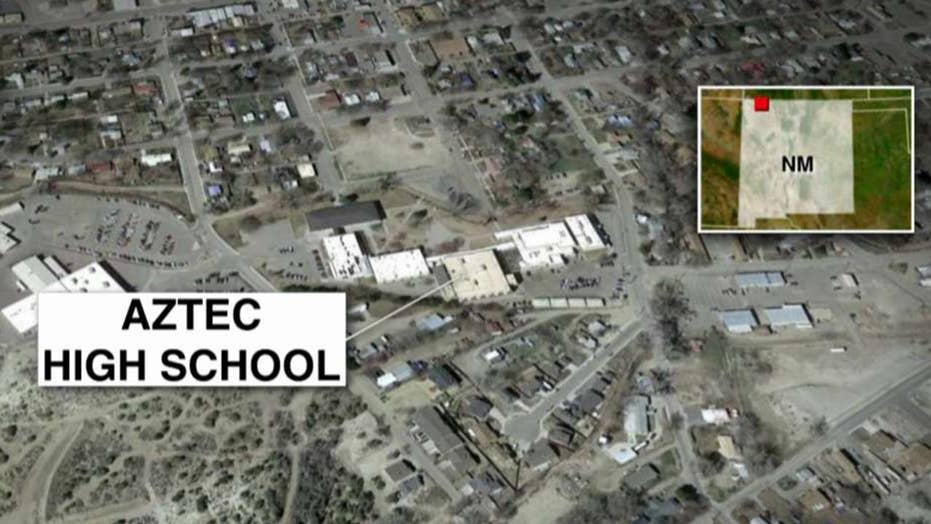 Cops confirm the shooter is also dead; no word yet if the suspect was a student at Aztec High School.

A 21-year-old disguised himself as a student before he walked into a New Mexico high school on Dec. 7 and opened fire, according to reports.

William Atchison walked into the Aztec High School bathroom to prepare the assault, the Associated Press reported Friday. He was interrupted by a male student -- who he shot and killed. Police said Atchison fatally shot one more student in the hallway as he fired his gun before he turned it on himself.

Atchison was reportedly known to law enforcement officials, but he did not have a criminal record. He also purchased his handgun legally, authorities said.

Here’s what we know about Atchison and the shooting so far.

Who was the gunman?

Atchison was a former student at small-town Aztec High School.

Authorities said the shooter did not have a criminal record. The only contact with law enforcement was what they described as a generic message on an online gaming forum in 2016 in which he talked about what weapons might be used in a mass shooting.

The FBI said the posting was flagged and investigators talked with the gunman at his home in Aztec, where he lived with his parents. At the time, he reportedly did not own any weapons other than an airsoft pellet gun and said he had no plans for an attack and just liked to troll sites online.

Who were the victims?

Casey J. Marquez and Francisco I. Fernandez were the two victims in the shooting.

Marquez was a cheerleader and was planning to participate in the upcoming Orange Bowl. Her classmates said she came across as a student leader.

“She lit up pretty much any room we were all in," Divine said. "She was such a fun person to be around."

Fernandez was known for his speedy typing and interest in computers. His family said he had a bright future ahead of him.

According to a KOB4, a local news station, Fernandez was a recent transfer to Aztec High School. He participated in sports and wanted to attend college.

What was the shooter's motive?

Police said the two victims were not specific targets.

Atchison left a thumb drive on his body which apparently contained a note that detailed his plan for Thursday morning.

“If things go according to plan, today would be when I die,” Atchison’s note begins.

In his note, he said he planned to “gear up” before holding a classroom hostage. He said he would eventually commit suicide.